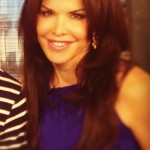 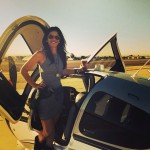 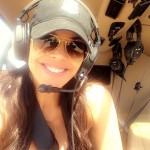 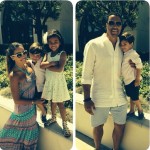 Tony Gonzalez’s wife October Gonzalez is engaged in a battle for one of the most coveted chairs in all the gossip land. I’m talking about an open seat in the daily congress of diverse women– The View! Apparently “the latino seat” is open for casting, and October is actually battling against Tony Gonzalez’s ex-girlfriend Lauren Sanchez (and the mother of one of Tony’s children). Doesn’t that strike you as weird? Like, is Tony Gonzalez some kind of Latin women’s oracle for television? He only attracts the most broadly-appealing Latina’s for daytime television, apparently.

Well, it’s going to be a rough ride for Tony’s wife October because Lauren has already co-hosted an episode and has been in the running for the spot for quite awhile. At least that’s what TMZ Sports was told when they reported on the story a few days ago. It doesn’t seem like something you can really nail down with numbers. It must be that the studio does tests with various combinations of cast members and then asks people what they think. Like, “Hey folks, do you like the way October banters with Whoopi more than the way Lauren takes pot-shots at Barbara?” Being a television producer must be really interesting in this respect.

October Gonzalez is not afraid of the media spotlight. When we last took a look at Tony Gonzalez’s wife, she was in the middle of a wildly successful PETA campaign that certainly had people around the Shield talking.

Tony Gonzalez’s ex girlfriend Lauren Sanchez is a media veteran herself. The host of Fox 11 LA, and Good Day LA also has experience on a national stage as the weekend Co-Host for Extra. In 2013, Sanchez summited Kilimanjaro which is an amazing feat, only matched by the fact that she’s a licensed pilot. I mean, come on – Latina or not, she’s already 10 times more interesting than anyone else on The View.

A quick shout about Tony Gonzalez, who might be the best tight end the NFL has ever had. He has the record for most touchdowns by a tight end, most yards by a tight end, and was a 14-time Pro Bowler. So yeah, he had a good career, and now he’s just another former pro in a suit, blabbing about football for NFL Today. His wife October has the chance to eclipse him– come on October! You can do it! So rarely does this kind of opportunity come along where an athlete’s wife genuinely has a chance to become more popular and well-known than her husband. 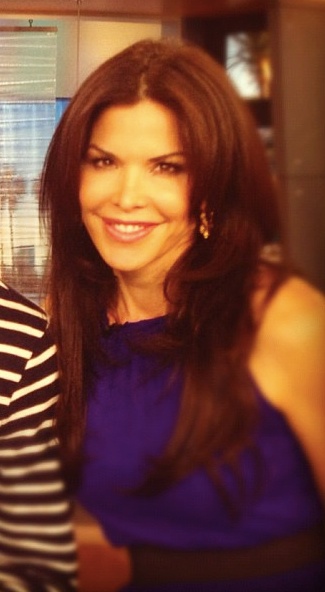