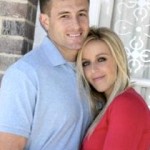 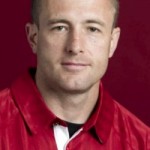 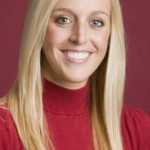 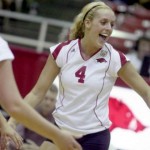 It was really only a matter of time until this became public news. First we found out that Bobby Petrino had been in a motorcycle accident. Then we found out that fellow Arkansas staffer Jessica Dorrell was on the motorcycle with Arkansas coach Bobby Petrino at the time of the crash. Then we found out that Jessica Dorrell was actually engaged to be married to another fellow Arkansas staffer, Josh Morgan, in June of 2012. It is now being reported that Jessica Dorrell’s fiance Josh Morgan is no longer the Director of Swimming and Diving Operations at Arkansas – a post he had held for three years. No word on whether he left of his own accord or was fired, but we do know that former assistant Megan Haskins has taken his position.

We feel for Josh, we really do. He’s in an awful situation. That said, it’s hard to believe that he didn’t suspect something was going on between his future wife and Bobby Petrino. I mean, did that $20,000 Petrino gave her just disappear? Regardless, it is also being reported that the engagement may have been called off the week before the crash – so perhaps Josh Morgan did suspect something.

Prior to joining the swim team at Arkansas, Josh Morgan was an assistant Dean of Students at The Bolles School in Jacksonville, FL. Morgan grew up in Jacksonville, FL and received his bachelor’s degree from the University of Florida. He was pursuing his master’s degree at Arkansas – but something tells us that has been put on hold. 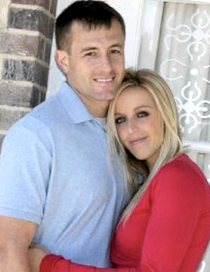