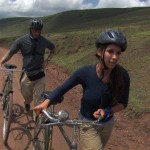 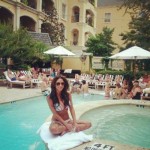 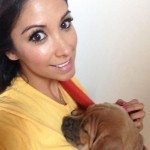 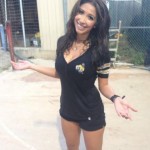 UPDATE 05/20/2014: Tim Duncan’s girlfriend Vanessa Macias has a message for Charles Barkley.
BARKLEY DON’T KNOW
After Charles Barkley made comments about the bigger ladies in San Antonio, many of the Spurs Wives and Girlfriends set out to remind him he’s wrong,… and boy does Vanessa Macias do just that. During Game 1 of the Western Conference Finals, Macias rocked the slogan reminding Chuck there’s more to San Antonio than the big ol’ gals he went off about

Macias has been credited across the blogosphere for helping Duncan enjoy yet another fine, possibly even renaissance season after the messy 2012-2013 with the split from his wife, Amy. Macias has become one of the Spurs most vocal social media supporters, following the team throughout the Western Conference playoffs. If the Spurs win another title, were sure Macias will share plenty along the way.

Been an up and down year for Tim Duncan.

While the big man helped the Spurs return to the NBA Finals, they did ultimately lose to the Miami Heat. While Duncan’s team raced through the playoff odyssey, he was also in the midst of a divorce from wife Amy Duncan. Despite a rough spring for the center, Tim Duncan’s girlfriend Vanessa Macias seems to indicate that he’s bouncing back in a nice way.

Vanessa Macias is known to many of the readers from her stint on The Amazing Race. She has been seen sitting in the wives section at Spurs games all season, and has been linked to Duncan since. Macias is well known throughout San Antonio, formerly as a co-host for KCYY morning show in addition to her Amazing Race 4th place finish. She is also the in house announcer and emcee for both the San Antonio Missions minor league baseball team and San Antonio Scorpions Soccer games. 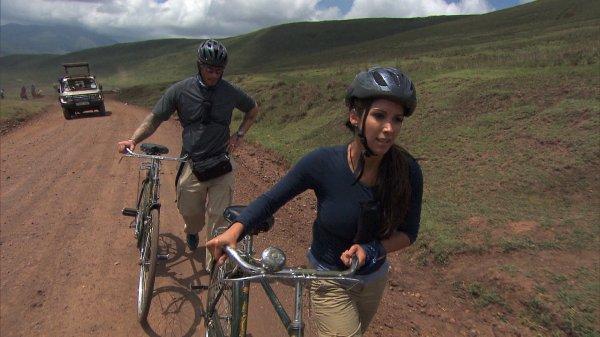