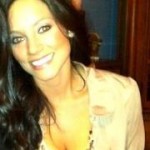 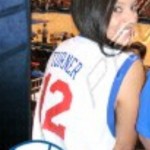 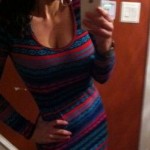 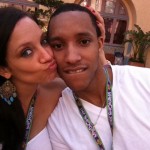 There are certain perks that go along with being the #2 pick in the NBA Draft; nice contract, solid endorsement deals, and of course women.
Evan Turner is doing #2 picks everywhere proud.
Evan Turner has introduced the world to his girlfriend, Chels Bella Ciao, by way of a pair of Tweets (as first found by CrossingBoard.com).

@TheKidET: On the plane headed to Philly. Glad to sleep in my bed and I get to see [Chels Twitter name]

Just talked to chels. Told her she’s the sweetest.

Despite online rumors to the contrary suggesting this relationship is brand new, the couple has been dating since before the season began. As Crossing Board first reported, Chels appears to be a strong Christian, as she frequently retweets Christian quotes and motivational messages. Inconclusive research says she’s a recent Temple graduate, but we do know that she’s still in Philadelphia. Oh, and she likes Bob Marley and Drake. We know that’s important. 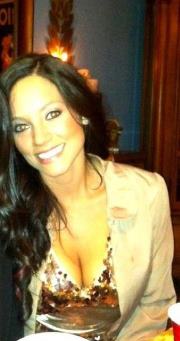