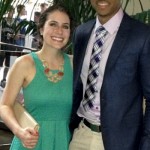 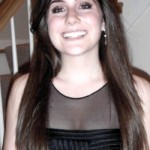 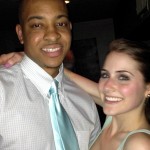 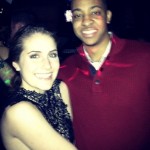 Before some serious PlayerWives.com sleuthing, CJ McCollum’s girlfriend had only been alluded to vaguely in an interview with the Deseret News. When the Lehigh University graduate was asked about the amount of homework NBA teams do on the players they are scouting, McCollum had this to say:

They know everything, they know if you have a girlfriend. They know what color your dog is and everything.

CJ McCollum then admitted that while he did not have a dog, he did have a girlfriend. While that amount of information might be good enough for some of our competition, PlayerWives.com isn’t known to rest on our laurels. Through our patent-pending (ok, not really) Internet Sleuthing techniques, we were able to determine that

Romans 13:8: “Owe no one anything, except to love each other, for the one who loves another has fulfilled the law.” #Bendtheknee #IllbetheMrtoyoueDr pic.twitter.com/MczsGIcR17

McCollum proposed to Elise Esposito prior to the 2018-2019 season.  He joined two other Blazers by putting a ring on it.  That’s what the cool kids say, right?  Anyways, McCollum joined Jake Layman and Nick Stauskas by getting engaged.  The baby Blazers are all growing up!.

Back to Elise Esposito! 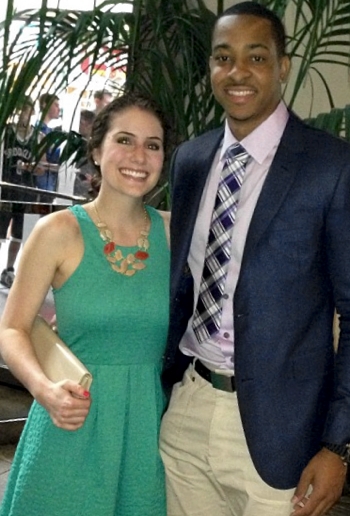