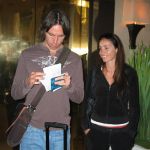 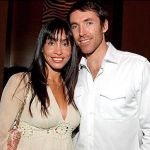 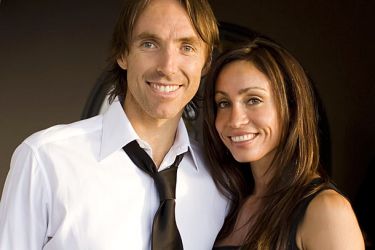 04/23/2011: According to a recent tweet by Nash, he got a lap dance from Nicki Minaj. No word on whether she has anything to do with the divorce, but we’re guessing this is just Nash having fun with his newly found freedom.
04/04/2011, 6:30pm: False alarm. Terez Owens just posted a picture of Alejandra Amarilla Nash with her three kids, all pale and white as father Steve. The game of telephone tag twisted this story, and we’re now hearing it may have been Steve Nash cheating, not his wife. At this point, no one really knows. Best of luck to the Nash’s and their kids.
04/04/2011, 1:00 pm: Rumors are floating around now that the reason for the timing of the divorce, literally the day after Alejandra gave birth, was because the baby came out looking a bit different than lilly white Steve Nash might have expected – black. Rumors of cheating had been making the rounds anyway and our guess is that cemented things. Reports are circulating that the father may have been one of Nash’s teammates, Some reports suggest Jason Richardson, who was dealt merely days later, is the man in question. One’s left to wonder…
On November 12th, 2010, Alejandra Nash gave birth to the couple’s third child, Matteo Joel Nash. Later that night, Steve celebrated with a victory over the Kings in which he made 11 of his first 12 shots, en route to a 28 point, 14 assist, 7 rebound performance. One day later, the day after the birth of their third child, the couple released a statement that they are getting a divorce. The statement also admitted that the two have been living apart for months, but are “firmly committed to raising our children in the most positive, nurturing way.”
Nash has released a new statement on the topic: “I want only good things for Ale going forward. I’m focused on ensuring that our children understand how much they’re adored and loved by us as they continue to adjust to these changes. I would ask that their privacy, and ours as a family, be respected as we move forward. This will be my only statement on this.”


Steve Nash’s met ex-wife Alejandra Amarilla Nash in 2001. The couple was married in 2005. Together they have twin daughters, Lola and Bella, born in 2004.

Not a whole lot is known about Steve Nash’s ex-wife Alejandra. She used to work as a personal trainer, while living in Manhattan. Since meeting and marrying Steve, she has become a regular contributor for many charitable endeavors. 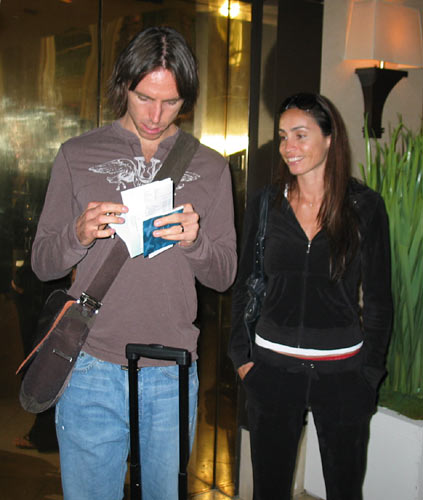