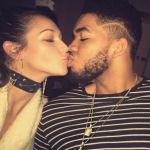 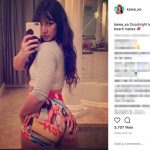 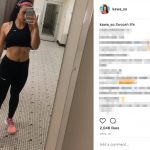 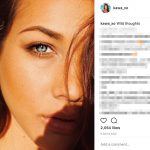 Karl Anthony Towns’ girlfriend Kawahine Andrade comes from the tropical island of Hawaii. She models professionally now, and she looks fantastic in all her photos. She stated her relationship goal is to be by her man’s side as he grows as an individual. Since he will grow with her, that also includes their growth as a partnership, as she puts it. On February 5, she said she was proud to have Karl as her boyfriend because he spoke out about equal right among genders. Well yeah, I expect every man to say that in 2017. If it were 1917, however, it’s more of a bold move.

Kawahine said a lot about her feelings toward Karl on Valentine’s Day. Karl Anthony Towns’ girlfriend said she hoped everyone could experience the love he gives her. She also added they are both young and still learning the world. It was a sweet gesture. She posted a picture in February of her and her friend sitting court-side at a Timberwolves game, and the girls next to her and her friend seemed put off for some reason. She joked about the girls disliking her friend because of their sour expressions. Hey, maybe Kawahine and her friend are so beautiful that they make other girls jealous or insecure?

We previously posted about Karl Anthony Towns’ girlfriend India Gentry in February of 2016. Kawahine took her spot at some point later that year. Since she works out a lot and values fitness, she also occasionally advertises detox products on her Instagram. She claims about 50,000 followers. I like the things Kawahine says in her social media because she stresses personal growth and goals. On New Years, she dares people to talk about who they want to be and the goals that drive them. She also says she dares you to cut out all the people that don’t push you in the right direction. What if they don’t push you in any direction, though? Do they still make the cut?