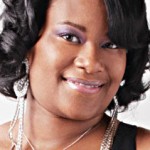 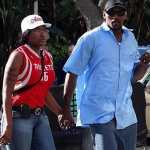 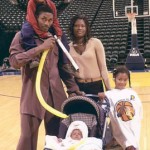 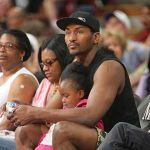 UPDATE: 09-21-2011: Well, that didn’t take long. Ron Artest Metta World Peace has become the first contestant to be eliminated from season 13 of Dancing with the Stars.

08-30-2011: The perpetual news machine that is Ron Artest keeps on rolling. Ron Ron Artest has been announced as a contestant on season 13 of Dancing with the Stars!

07-26-2011: And the hits just don’t stop coming with Ron Artest, who clearly refuses to be out of the spotlight for even one day. What now, you ask? Well, it looks like Ron Ron fully embraced his newly admitted but long standing divorce by sexting with complete strangers. And then sending this girl photos of his dong. What is with athletes these days? STOP SENDING DICK PHOTOS! Unless you’re hung like Greg Oden, no one wants to see your penis. Anyway, I don’t have the will to actually write up something long on this, so check out the photo (blurred) to the right and then head on over to Deadspin and read this for yourself.

07-25-2011: A few things today. First, it looks like all of the confusion surrounding Ron Artest’s wife Kimsha and his supposed girlfriend Shin Shin is with good reason. As it turns out, he has actually been divorced from Kimsha since June of 2009! Also, there are rumors floating around that Kimsha will be the latest NBA wife turned divorcee to star in Basketball Wives. Who cares? Not us.

06-25-2011: With the name confusion of his wife apparently not enough, Ron Artest is petitioning the courts so that he can legally change his name to Metta World Peace. At least that’s easier to spell than Kimsha, or Kimesha or Kimisha…

06-08-2011: HUGE NEWS! According to Ron Artest’s own Twitter feed, his wife’s name is Kimsha Artest. And, side note (not really important at all) she will apparently be starring in her own reality TV show soon.

Ron Artest’s Wife Kimsha Artest (Hatfield), at least according to the Internet, is a woman with a name of many spellings. With sites referring to her as Kimisha Hatfield, Kimesha Hatfield and Kimsha Artest. Even ESPN, which one would assume would have the facts correct, referred to her with two different spellings. SI Kids even provided their own spelling not found anywhere else, though I’m really confused as to why a magazine for kids would touch Ron Artest with a ten foot pole. Long story short, I basically just picked one out of a hat, so if you know her real name – hit us up.

Kimisha Hatfield was Ron Artest’s girlfriend in high school. They finally wed once Ron Ron made the NBA and have four children together. 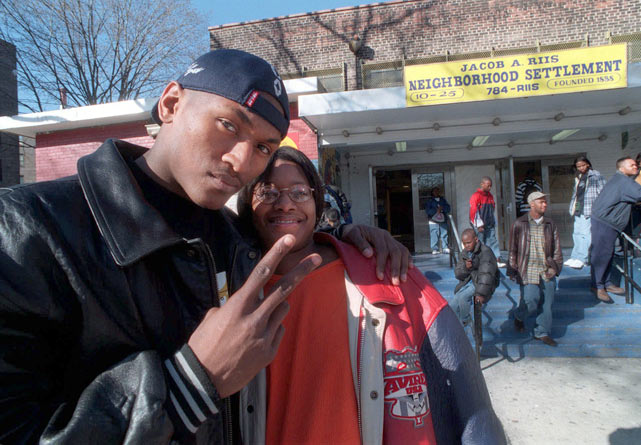