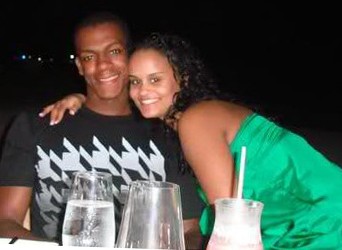 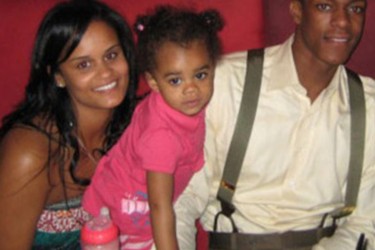 Rajon Rondo’s girlfriend, or wife or whatever she is,… is DEFINITELY the mother of his kids.

OK, so we’ll get back to the official title in a few minutes here.  But, for now, we do know that the couple has two kids.  Ryelle was born in 2008.  Rajon Rondo Jr came a few years later.

So what we do know about this couple.  Rajon Rondo has been dating Ashley Bachelor since their time in college together. The two reportedly met and began dating at Kentucky in 2005, and have been together since.  Ashley was at one point a hair stylist, which makes a lot of sense considering she does all of Rondo’s hair work. The two were reportedly engaged in 2010, though in typical Rondo style, any story on how or when the proposal took place is shrouded in secrecy.

Some sites on the internet indicate they were married in 2011.  Some still refer to Ashley as Rajon Rondo’s girlfriend only.  Whatever the status truly is, it appears to be working.

It’s pretty well known that Rondo struggled fitting in with the Celtics in the Big Three era off the court.  He took to becoming very close friends with the only other young guy on the team, Kendrick Perkins. Perk and Rondo got incredibly close during their time as the only 20 somethings on the Green, which was evident when Rondo skipped Team USA tryouts in 2009 to be in Perk’s wedding. Likely because the guys were close, Ashley became close friends with Kendrick Perkins wife, Vanity Perkins. After Perk was dealt to Oklahoma City, Ashley became friendly with other Celtics wives. Ashley has been involved in Celtics Wives charitable endeavors and become a fixture at their charitable events. She was most prominently running a shopping event at Saks in Boston to help raise funds for victims of the earthquake in Haiti.

Remember when we called her ride or die?

Yeah, we mean it.

In early 2018, Rondo and Chris Paul got into an altercation on the floor.  The spat didn’t stop there (and yeah that joke was on purpose.  The fight surrounded a magical loogie that no video could determine the source.  Paul sure thought Rondo to blame).

Anyways, everyone was still livid and the fights spilled behind the scenes.

Rumors indicate Ashley Bachelor shover and/or taunted Jada Paul after the incident, which continued to spill over behind the scenes.  The story never really came to complete confirmation, but if any of this proves true, our theory also proves true. 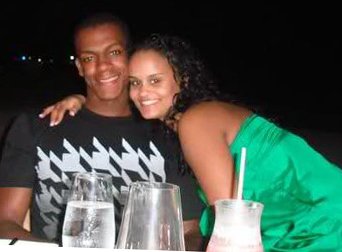