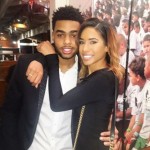 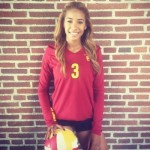 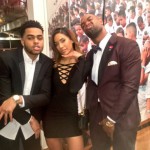 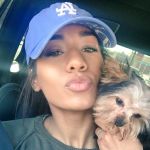 D’Angelo Russell’s girlfriend Niki Withers was recently featured on TMZ for her sick hops. She is 5’10” (also my height) but she was seen jumping and hanging on a regulation basketball rim recently. I don’t think I can do that any more. I used to be able to do it- I swear! Her height listed on her official sports page is 6 feet, and since she’s so skinny I have no trouble believing she’s that tall because she looks very long. So maybe part of the reason she’s so athletic is her great genes. Her brother is Marcedes Lewis, tight end on the Jacksonville Jaguars. She’s using these athletic abilities to spike vollyeballs at USC. It’s safe to say this is her whole life right now. She’s very dedicated as a player. Her position is outside hitter.

Niki is originally from Lakewood, California. She attended school at Long Beach Poly High School and played for an AAU team in Manhattan Beach, which is a good 18 miles from Long Beach. One of the personal anecdotes D’Angelo Russell’s girlfriend shared on her social media that amused me was: “I don’t hold grudges…you just become irrelevant” with four smiley faces after it. It’s just a very teenage thing to share on social media and belies a kind of vulnerability and nascent passive aggressiveness. It’s actually somewhat charming. Niki is very into her own image, and if I was a hot teenage chick like her I probably would be too. She takes dozens of selfies. When you see them all lined up, it very much looks like a photo shoot where she’s posing as a sultry and flirty model.

I guess I should mention the shoutout D’Angelo Russell’s girlfriend Niki gave her brother a couple week ago. She congratulated him for signing with the Jaguars and called him “old man.” She’s right, though– thirteen years in the NFL is a long time. Niki called him a great model and said he shows everyone what hard work and dedication can get you. Niki also recently gave her Yorkshire Terrier a shoutout as well. His name is Ace, and he’s tiny. She’s mentioned him a few more time than she has her NFL brother, but I have a feeling Ace isn’t as inspiring as Marcel. 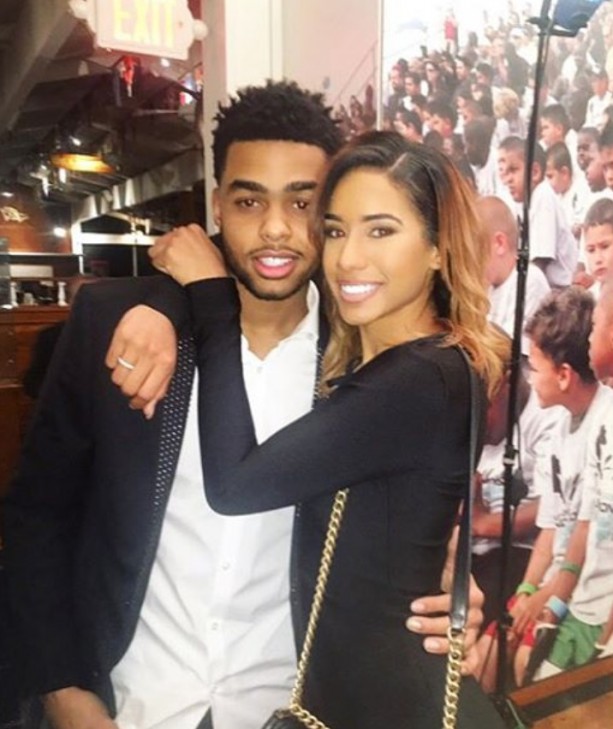