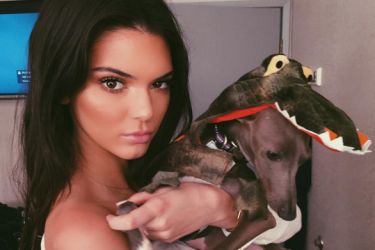 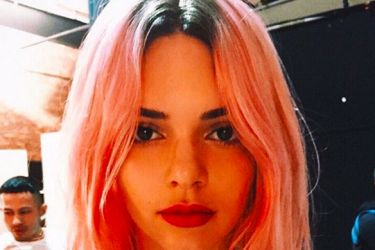 Man, the lights shine bright in LA don’t they? Maybe none brighter than for D’Angelo Russell’s girlfriend Kendall Jenner.

Well, if the rumors are true, then the Lakers first round pick Russell has hooked on to a gal of Keeping Up With The Kardashian fame. I’ll admit I didn’t know D’Angelo Russell’s girlfriend Kendall Jenner even existed until a few days ago. Some of us have never seen the show about the Kardashians and probably never will, but that’s still a good thing, in my eyes. Who’s going to say this girl’s not an attractive young lady, though? Nobody, and D’Angelo Russell would agree with that. In an interview with American Psycho author Bret Easton Ellis, former Sonic Youth bass player and front woman Kim Gordon said she thought celebrity culture had done a kind of 180– going from working as hard as you can to doing as little as possible and still trying to become famous. I can’t say young Kendall’s path to fame (and 40 million+ Instagram followers) doesn’t fit that design.

Speaking of design, the woman rumored to be D’Angelo Russell’s girlfriend has been featured in some pretty impressive modeling contracts recently. That includes some very big names like Vogue and Estee Lauder, so it seems that she’s doing a bit of work now– posing for photographs and parlaying her new-found fame into profitable advertising deals. Kendall describes her “everything goals” with a picture of Angelina Jolie and Brad Pitt. She’s also posted very young pictures of Brad Pitt (likely modeling shots from his formative years) in her social media and simply said “You’re welcome.” Clearly someone’s got a little celebrity crush. As far as her and D’Angelo go, Kendall and D’Angelo were reported to have met over the summer, and she’s been spotted at Lakers games quite regularly for the past few weeks. As of this writing, the Lakers have yet to win a game.

It’s worth mentioning that D’Angelo Russell’s girlfriend Kendall frequently supports her father and has said that he’s her hero many times. The whole transgender thing doesn’t phase her now, and she says she still thinks of her father the same way she did when she was in 5th grade when she said “when I grow up I want to be just like my dad.” Well, now it’ll be a little easier, am I riiiight!? It looks like they all did a fine job in raising young Kendall, and when it comes to mom, she had a huge array of balloons set up in their house that read “I heart Mom” for Mother’s Day. Kendall’s a big fan of her parents. 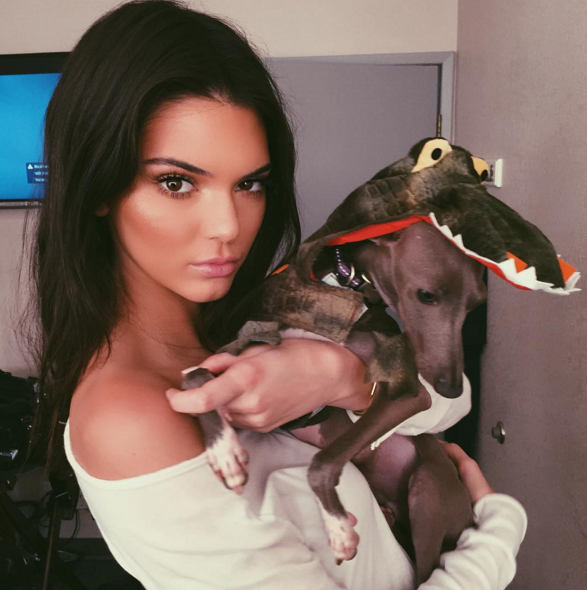