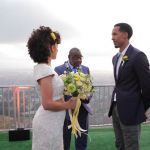 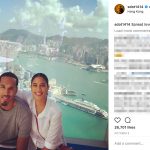 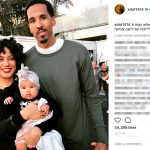 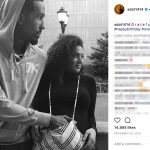 Shaun Livingston’s wife Joanna Livingston modeled professionally for over 12 years, according to a profile Melting Pot Beauty posted. They mention Joanna’s business partner at the time, and since she also modeled, they might mean twelve years combined. She married Shaun in early August of 2017. Joanna also already gave birth to their daughter in February, 2017. They named the kid Tyler Marie. Seems like a somewhat bold move to name a girl Tyler. However, I prefer Tyler to Skyler. I believe Joanna’s middle name is also Marie since he calls her that in all of his social media posts with her.

Joanna started a photography business back around 2014 with her friend and business partner, Robbie. They based the company in Las Vegas, but it’s out of business now since Joanna moved. The relationship with Shaun started to heat up, and the decision seemed obvious. Shaun Livingston’s wife is outgoing and charismatic. She grew up in Las Vegas and described herself as a “mixed chick”. She is Puerto Rican, Italian, and African-American. Joanna now takes care of the young baby, whom also features prominently in Shaun’s social media feed. In fact, she posed in front of both Golden State championship trophies in July!

Shaun himself speaks directly to Joanna in posts he dedicates to her. He said a man who doesn’t take care of his family can’t be rich. Leandro Barbosa seemed to take offense to the wedding photo since Shaun didn’t invite him. He said something to the effect of “you got married and didn’t tell me?” Sorry, Leandro! Shaun also said he feels grateful for his blessings. He is speaking about Joanna and the baby, of course. He went on to say he can’t wait to share the next chapter of his life with Joanna. Shaun Livingston’s wife and their family are set up for great things right now!