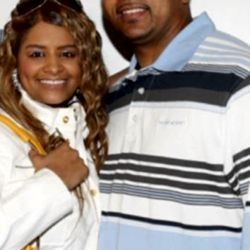 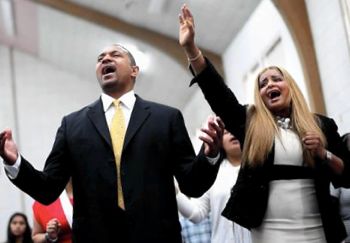 Stop me if you’ve heard this one before: celebrity/athlete sends nude pictures to someone, who turns around and shares them with the world. And that’s the best case scenario. Unfortunately for Mark Jackson, things got much, much worse…

Approximately 6 years, Jackson was an announcer for the New Jersey Nets. During his time there, he met Alexis Adams. She was a dancer from a local strip club. During their time together, Jackson sent some nude shots to Adams. After a year, things ended and they went their separate ways. No harm, no foul, right?

Wrong. Flash forward to earlier this year, Jackson was approached by a stranger man while on a road trip with the Warriors. The man, Marcus Shaw, presented Jackson with the photos as demanded money for them or he would release them to the press. Jackson gave him $5000 in an effort to make his mistake finally disappear. You see, Jackson has been married for 22 years to singer Desiree Coleman. Things crossed the line with Jackson when Shaw contacted Coleman about the pictures. He contacted the FBI, who began building their case in April. Shaw and Adams were both arrested and charged with felony extortion on June 28, 2012.

To her credit, Coleman knew of the affair and has been supportive of her husband during the extortion attempts. The couple has remained together and are co-pastors at the True Love Worship Center in Los Angeles. Together they have 4 children. Coleman is most the know for her in the off-broadway musical Mama, I Want to Sing during the 80’s. 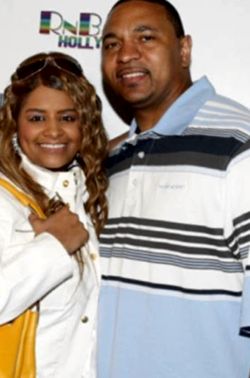