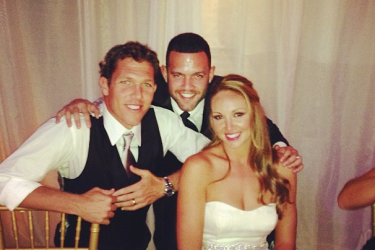 Luke Walton’s wife Bre Walton was a middleblocker for the Arizona Wildcats’ volleyball team many moons ago, and she met Luke at college when he was attending back at the turn of the century. What a wild time it was– “Road Trip” was coming out, the Indiana Pacers were being coached by Larry Bird in the NBA Finals, and the Apple iPod had yet to be released. Golden times, folks, golden times.

Bre’s originally from Tucson, Arizona, and she now resides in Los Angeles with her husband, son, and a bulldog buddy named Gus. Luke Walton’s wife married him Aspen, Colorado in August of 2013 and was wearing diamonds all over her. She reportedly wore a cuff worth $240,000. Richard Jefferson was Luke’s best man, apparently. You would’ve thought he would have chosen one of his brothers, but Richy-boy beat them all! In case you’re wondering about Bre’s college past: she majored in nursing and mentored deaf students from the Arizona School for the Deaf when she was in college. She is fluent in sign language, and I have a feeling she continued to help deaf people long after she left college.

So after dating for over a decade, Walton proposed to Bre on Christmas Eve of 2012. Apparently the wedding was covered by Brides magazine, and in that article they mention the fact that they didn’t start dating until three years after they met. The way he proposed was by putting a jewelry box inside of a much larger box, and Bre assumed that he’d gotten her earrings, but she said she was genuinely shocked to see the ring inside even though they’d been together forever. The reason I keep coming back to their wedding is because it’s probably the best looking wedding I’ve ever seen for a professional athlete and his bride. Being in Aspen, they were able to do it on top of a mountain overlooking some really stunning scenery. They hired the same chick that did Tom Cruise and Katie Holmes’ wedding. I’ll bet you their marriage goes smoother than Tom and Katie’s. 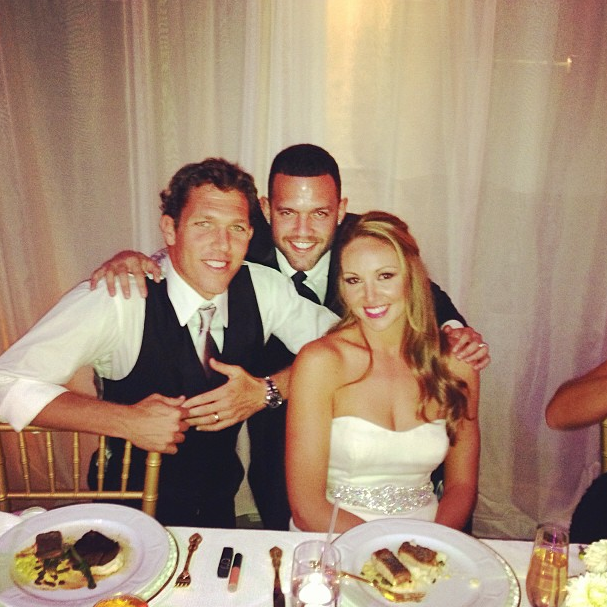