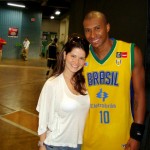 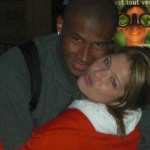 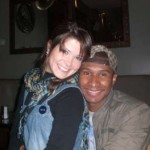 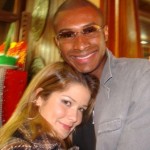 Man, who knew bench players could land such high quality tail? As we’ve learned with soccer, I guess it just helps to be a Brazilian athlete…

Leandro Barbosa, is married to Brazilian actress Samara Felippo. Barbosa is no star, or even a starter, though he does play a critical scoring role off the Pacer’s bench. Based on a Google search, it appears they use the term actress rather loosely in Brazil, as most pictures of her are scantily clad poses. Don’t get us wrong, she has been in her fair share of television shows, we’re just hinting that her real “talent” if you will lies elsewhere.

The couple has been married since 2008 and have one daughter, who was born in 2009. Barbosa and Felippo actually split up for 6 months starting in December 2010. The summer before, Barbosa was suddenly traded from Phoenix to Toronto. There are rumors out there saying he was traded because former teammate Steve Nash found out that Barbosa was messing around with Mrs. Nash and demanded the trade. One could assume that Felippo later found out, hence the split. However, we haven’t found anything concrete, so right now it seems people may be trying a little too hard to connect the dots. Again, we must stress that this is pure speculation.

So there you have it. Guy plays 20-25 minutes, gets paid $7 million a year and has a smoking hot (and possibly very forgiving) wife. Where do I sign up to become Brazilian? 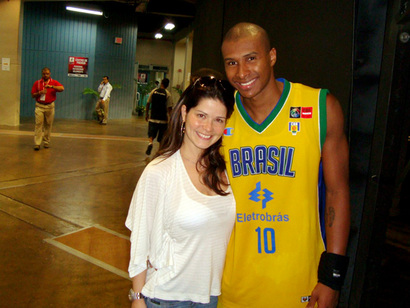