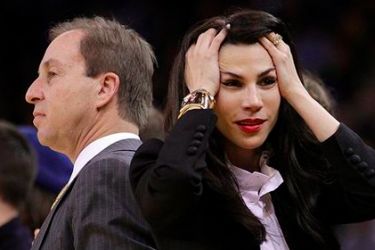 That’s right folks.  Joe Lacob put a ring on it.

This is the second time, too.  Joe Lacob’s ex-wife Laurie is the mother of their four children; two boys and two girls.  Their son,  Kirk Lacob is the Warriors Assistant GM.  Back to Joe Lacob’s girlfriend.  Nicole recently gave an interview to a wine website in which she talks at considerable length about drinking, wine, and the booze industry. She’s into wine and has been her whole adult life. She first started by working for La Jota Vineyard.  She lived and worked right at the vineyard in Napa while representing them in sales and marketing. Nicole was more or less like Stephanie in the movie “Sideways” that Thomas Haden Church picks up. She then went on to work for LVMH and represented a bunch of champagnes. When asked if she was drinking as much champagne as she was selling, she responded “I was drinking that stuff all the time! I basically got paid to drink for a living.”

The whole story of how Joe Lacob’s girlfriend Nicole Curran first met him is based on her working for LVMH and revolves around wine. So she was in Pebble Beach, he meets her and says it’s cool she’s in the wine business because he has a favorite wine but he can’t remember what it is. He then asks for her email and says he’d like to know what she thinks of it after he remembers it. Nicole said of that, “I thought that was a bit strange, and definitely one of the more interesting pick-up lines.” So he eventually emailed her and told her his favorite wine was 1982 Latour, to which she responded immediately “That’s too bad. The 1982 Lafite is so much better.”

All of that happened before Lacob bought the Warriors. Joe Lacob’s girlfriend admitted she was a bit bummed out about him buying the franchise.  She she was looking forward to his retired life. She had visions of travel, sampling wines and checking out vineyards. Then she kind of hedges and says the whole thing’s been amazing and wouldn’t trade it, etc. I believe what she says though because she’s always at the games. She’s not only involved, but she’s into it too.  Apparently James Harden got into it with Nicole after he thought she flipped him off, but she had been flipping off a referee and now her and Harden are buddies.

Nicole Curran is using her high ranking position to influence positive change. The Mercury News scratches the surface of the good she’s driven

And Curran isn’t a figure head. She is deeply invested. She uses her party-throwing skills, and big pocket connections, to raise money for the Foundation.  Including an annual Charity Poker Tournament and family fantasy camp featuring the Warriors’ biggest stars. She pores over the applications, builds relationships with the tireless workers and develops soft spots for the kids. She makes the phone calls to announce whether she is giving the grant or denying it. 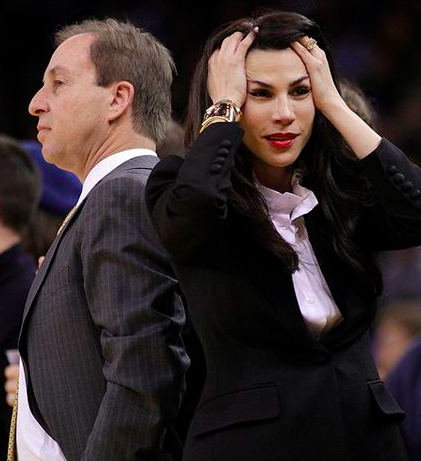