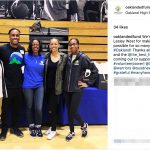 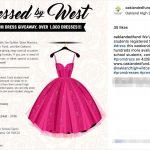 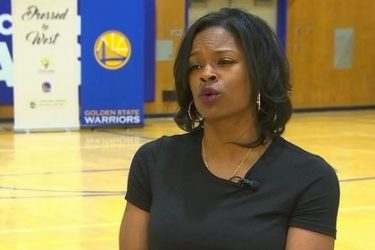 David West’s wife Lesley West met him in college at after her sorority put on a step show. If you’re like me, you don’t know what a step show is. In a nutshell, a step show is a rhythmic group dance to create sounds in cool patterns. He spotted her and apparently waited for her after the girls finished the show. Since it’s a boss move to chill after a step show to meet a lady, she gave him a shot. I think you will find Lesley is full of cool little details since she thinks about others and appears to possess a kind heart.

One such example of David West’s wife doing good things is her annual prom dress giveaway. According to Cincinatti.com, the event literally gives away about 1000 dresses to high school girls in need of a prom dress. I think it’s a brilliant idea for two reasons: they cost a lot and you really only wear them once. It’s thoughtful and clever. Lesley also took part in a breastfeeding coalition that educates and empowers young black women to breastfeed. Again, this is a simple but helpful group that makes the world a better place. David found a winner.

I should certainly mention David West’s wife is the mother of their two children, Dasia and Benjamin. David includes a touching picture of himself holding his boy’s hand on his social media. The message is clear- he cares for his children and is a good father. Since David entered the league a long time ago, his marriage has lasted a long time. The couple actually married way back in 2003. The couple also keeps their Xavier alumni status in full check. They both follow the teams even to this day. David routinely mentions them in his social media feed and Lesley is still friends with some of her sorority sisters. 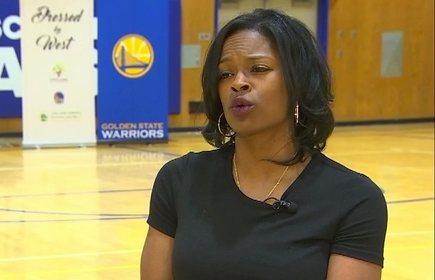