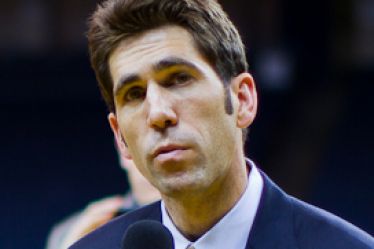 Bob Myers’ wife Kristen Myers is known for baking Bobby cookies. In a long and excellent profile of the man by Marcus Thompson, Myers explained that if he didn’t have a batch of homemade chocolate chip cookies available, he’d have the director of team services go out and buy him some. However, he made sure to say that they were a distant second to Kristen’s. Bob and Kristen have two daughters named Kayla and Annabelle, both of whom are very young. The connection between Bob and Kristen is that she was a high school friend of his younger sister, Kelly.

Unfortunately, Bob Myers’ wife Kristen lost her brother three months after the Warriors won the championship. Bob was quoted as saying, “my wife loses her brother and winning a championship does nothing for that.” During the last game of the championship and moments before the Warriors took it all home, Kristen got her husband to take a victory photo. She’d been asking repeatedly for him to do it in the last few minutes, but he wouldn’t until the game was really over. That gives you some idea about the dynamic of their relationship. Bob is wound very tightly because of the pressure of his job. Kristen is more the chilled-out, assuaging one.

They were recently spotted at the 8th Annual Angel Awards presented by the Take Wings Foundation– further contributing to the stereotype of foundations having unfathomably long names and sub-titles. The purpose of the Take Wings Foundation is to raise the self-esteem of young girls. Bob Myers’ wife and her involvement in the cause is commendable. Another interesting note about Kristen is that she packs him a peanut butter and jelly sandwich for lunch every day. Yes, Bob Myers is extremely quirky. His wife is also a beautiful lady who is very proud of the meteoric rise of her husband. 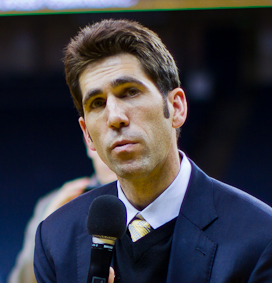