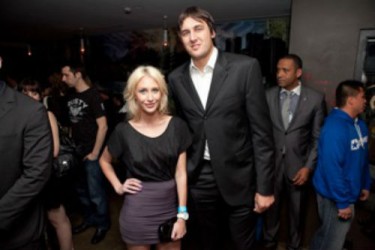 Andrew Bogut’s girlfriend Jessica O’Sullivan is a young lady who’s been with him for years now. They live together in California and have been there since 2012. Jessica certainly does not want any media attention whatsoever, and the only photo we have of her is from a public function the two attended for the Warriors organization. Suffice to say there’s plenty of athletes’ girlfriends out there who want nothing to do with the media. I can’t say I blame them considering how the internet can spin anything into the muck.

As you might have imagined, Jessica has been to Australia with Andrew to visit his family and local friends there. Getting on a plane in the States and traveling something like 24 hours to the outback isn’t a task you take lightly, but Andrew Bogut’s girlfriend is a trooper and loves aspects of the country. Australia’s home to some pretty far out critters so when you’re coming from California it can be quite a shift.

Andrew and Jessica have two Siberian Huskies whom they love. Andrew is keen on having kids, but the couple has decided to wait until the tail end of his career to take that leap since he dislikes the NBA culture. He’s made statements about how he thinks it’s not right to have a four year-old with Louie Vuitton bags and such. I read a pretty incredible ESPN article about how he spends his money and does his finances. The couple is interested in making smart investments and not wasting, though Andrew himself has a large vintage car collection. Hey, you’ve got to have your hobbies, right? When the couple bought their new house in California, Jessica did all the interior shopping. Andrew said he didn’t want to sound sexist, but it was simply better if she picked everything out. 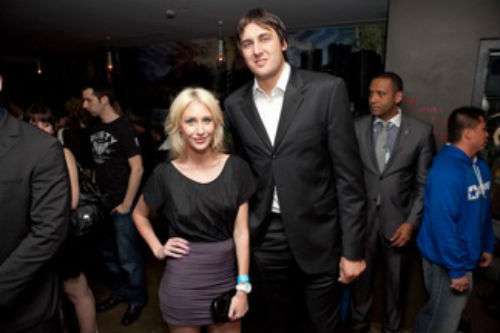