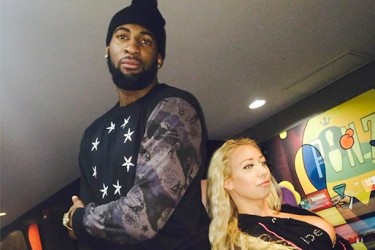 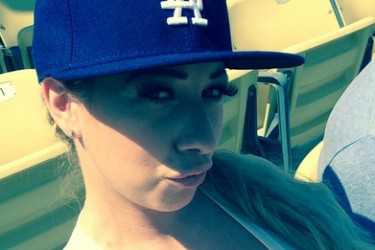 The many lives of Jenna Shea. Andre Drummond’s “girlfriend” Jenna Shea seems to have a knack for getting together with famous athletes and celebrities. In the strictest sense, Jenna Shea is certainly not a girlfriend. She has a long history of making this fact clear. Back in 2013, she went on a huge Twitter rant about how she is no one’s girlfriend. This involved Peyton Siva thanking her on national television, and we talked about it at that time as well. Then, about a year later, Josh Gordon was photographed waking up in a bed next to Jenna during his year-long suspension for smoking marijuana (which I still can’t fathom why that’s a big deal).

I’m not dating her. I was at a bowling alley and she took a picture with me and my friend. I just figured she wanted to take a picture.”

She initially backed up the story by telling TMZ that Drummond was correct, and that he “was a nice guy.”

But then things changed.

Jenna Shea unleashed on Twitter to set the record straight – and included screen shots of Drummond asking her to meet up with him. She wanted to get it clear that this was no accidental meetup, and wanted to reset the public expectations of who is and isn’t in demand here, sayig”

The Twitter testimony was pretty clear about how this alleged (but clearly not at all) coincidental meetup happened. Verdict: #TeamJennaShea.

Drummond isn’t the first celeb to get tangled in a Jenna Shea web. Other guys include rappers Fabolous, and Lil’ Wayne, baller James Harden, television personality Rob Kardashian, and a makeout session with Kanye West.

Blunt is a mild way to describe Shea’s communication style. The way she talks about herself is just… I don’t even know. Exhibit A: “PSA IM A HOE I GET PAID TO F*** AS A LIVING…. NOBODY MAD ABOUT NOBODY HAVING A GF BUT U WANNA HOLLA BRING THE $$.” I don’t know– it seems like she’s got a lot of anger. I wonder if she’s got any laughter in her life. Admittedly, the problem with her website and social media is you never actually get a sense of the person she is; you just get a projection of someone. This fact isn’t lost on Shea who recently acknowledged as much by tweeting “The internet persona is not who I am it’s who I portray.” She has a dog who she cares for. She pretty much only talks about sex and money on her Twitter other than the occasional tweets about her dog. 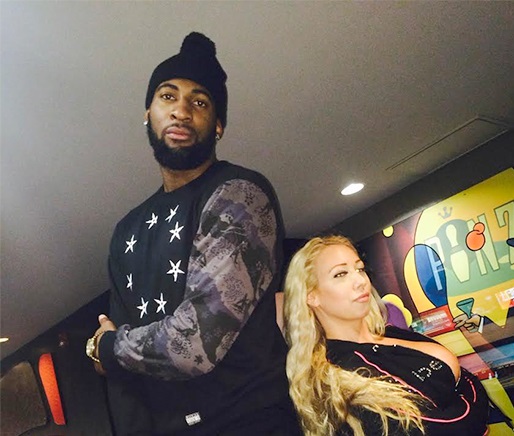