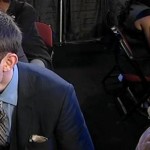 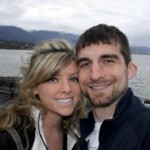 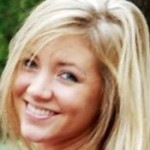 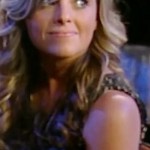 Well, I suppose we should be upfront and say that we think that Tyler Zeller’s girlfriend is Caitlyn Ferebee. We know that Tyler was at the NBA draft last night with an attractive blond and our friends over at the Big Lead seem pretty confident that her name is Caitlyn Ferebee. We suspect that a reader may have tipped them off to her identity, since there’s essentially nothing to link Caitlyn to Tyler, other than the fact that they both attended UNC at the same time. We actually did quite a bid of research leading up to the draft to find Tyler Zeller’s girlfriend and, though we could find evidence proving that a girlfriend did exist, we couldn’t find a name, photos or really anything of value. We hoped that Tyler would bring this mystery girl to the draft, and we were right.

Anyway, we’re definitely going out on a limb here by posting this name – but who are we to deprive you of seeing these photos? Anyway, if you know anything that we don’t – let us know. As for any other information about Ms. Ferebee, all that we can tell you is that she attends the University of North Carolina and has an expected graduation date of 2013 (making her a year younger than Tyler). Before attending UNC, Caitlyn attended Gray Stone Day School, also in North Carolina, where she was the Student Body Vice-President and played basketball and volleyball.

Tyler also brought his brother Luke to the draft. Luke Zeller was kind enough to bring his very attractive wife, Hope Zeller, with him. Luke was undrafted in the 2009 NBA Draft and now plays for the Austin Toros in the NBDL, but we’d say that he did pretty well for himself with Hope. Enjoy a few photos of her as well. 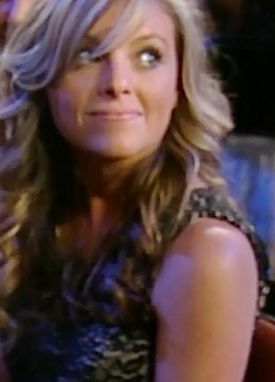