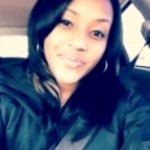 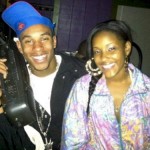 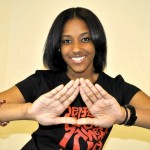 UPDATE 09/03/2013: Celtics PF Jared Sullinger has been arrested after a domestic aletercation with girlfriend DeAnn Smith. Police records allege that Sullinger assaulted his girlfriend and then departed the scene for Logan to board a flight to Ohio. Prosecutors have said the altercation happened after Smith confronted Sullinger of evidence from his cell phone of him cheating on her, before he shoved her down pinning her to the bed, and then the floor.

“I voluntarily reported to the Waltham police this morning to respond to charges against me. The experience was humbling and embarrassing for me. Yet I know that this situation has brought both sorrow and embarrassment to my girlfriend, my family, the Boston Celtics organization, my teammates, and my fans. To all of you, I apologize from the bottom of my heart. My lawyers have advised me not to discuss the case at this time. But I wanted to immediately and publicly apologize to everyone affected by this situation.”

Sullinger is free on $5,000 cash bail, and is not permitted to be alone with Smith or to engage in any contact by phone. Sullinger called his surrender to authorities “humbling and embarrassing.”

Fresh off a dominating performance against Cincinnati to help his team advance to the Elite Eight, Jared Sullinger has a lot to smile about. Apparently he doesn’t smile enough though, according to his girlfriend DeAnn Smith.

The two have been dating about 9 months but may have only recently made the relationship official. DeAnn’s Facebook status was only updated a month ago. According to Smith, they met at MarketPlace, which is an on campus food court at Ohio State. The relationship blossomed while Sullinger helped her rehab after tearing her ACL playing rugby.

Sullinger showed his playful side early on, releasing a video of himself singing Miley Cyrus’ Party in The U.S.A. before the 2011-2012 season began. According to Smith, this is one of the qualities that drew her to Sullinger. Smith told The Lantern – “He’s humble, down to earth and goofy. My favorite quality about him would definitely be his personality.” We’d like to point out that she did not mention his singing ability as a positive

Smith is in her 4th year at Ohio State, majoring in Sports and Leisure Studies. She is a member of the Delta Sigma Theta sorority. Sullinger is a sophomore and odds are he will declare for the upcoming NBA draft.