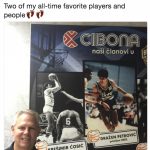 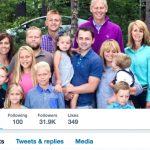 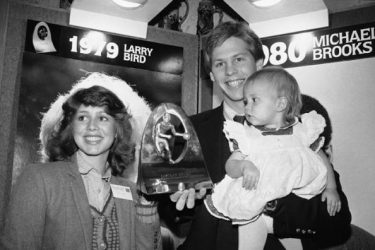 Danny Ainge’s wife Michelle Ainge married him many moons ago. She gave birth to their six children: Ashlee, Austin, Tanner, Taylor, Cooper and Crew. Also, Wikipedia points out that Austin actually holds the job title of Director of Player Personnel for the Celtics organization. Sweet gig because dad prepped him for years! The entire family is Mormon. Both Danny and Michelle attended BYU and met there. I like the Ainges a lot, and I always have. Who knows why people give Danny flack? Michelle herself told BYU Magazine he never changes, but the public perception of him changes depending on if the team wins or loses. That’s a fair insight.

Michelle recounted the time when Danny pursued Kevin Garnett to come play for the Celtics in that article. She characterized him as tenacious and persistent. She also said he’s a little crazy. I love this! If you want to land a player who isn’t interested in playing for you, you better put in work! According to an article by Sports Illustrated, Danny met Michelle on their very first day at BYU. He asked her if he could sit next to her in health class. Danny Ainge’s wife married him a year later! Their first child, Ashlee, showed up nine months after the wedding night.

An article by The Boston Globe called Danny obnoxious as a player but measured and open-minded as a GM. Danny Ainge’s wife Michelle probably has plenty to say about that. During their time in Phoenix (when Danny coached the Suns), Michelle took a ballroom dancing class with Danny. The kids also joined in, but Danny only did it once, according to an article by Desert News. Michelle likes tennis and wishes Danny would play with her. Michelle, like Danny, came across very forthright and candid in that article. She even mentioned how she believed their youngest son Crew had a behavioral disorder at the age of five. Danny helped to turn him around, according to Michelle.