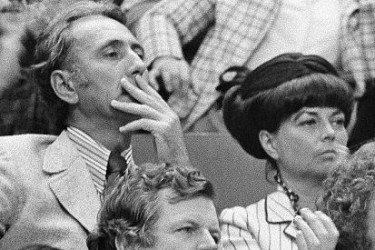 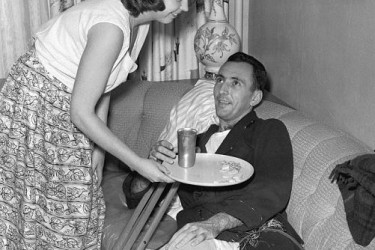 Bob Cousy’s wife Missie Cousy died in 2013 after suffering for a dozen years of dementia. It’s a pretty sad story, but it’s a tale about two people who really loved each other. Missie knew Bob Cousy in high school, and they were married in 1950. That means the couple was married for 63 years! Around the early 2000’s, Bob noticed that Missie had started to have memory lapses and was asking the same questions over and over, and she was later diagnosed with dementia. But she was stubborn and refused to believe that there was anything wrong with her, so as time went on and she went about her daily business, Bob could see that her condition was deteriorating, and rather than allow her to believe she was losing herself, he set about doing all the things she normally did and letting her think she had done them.

These types of things included planting flowers and shipping her car to their vacation home. Bob Cousy’s wife Misse Cousy didn’t see Bob as much at the beginning of their marriage as she did after he retired from basketball, and he commented that, “Most couples have the most intensity in the beginning. But I was always working. So we had the best and most romantic part of our marriage at the end. We literally held hands for the last 20 years.” The couple went to a lot of Celtics games after he retired and would go out and socialize with friends, but after she started to get sick, they started staying in all the time so that Bob could help her out and answer her questions and make sure she was okay. He said, “It drew us closer together. It was never a chore because I knew she wold have done the same for me. You just have to go with the flow. Every three months, I’d scream out something just for release.” Eventually she had a stroke and passed away. It must be very hard for Cousy to be away from her now after being together their whole lives. 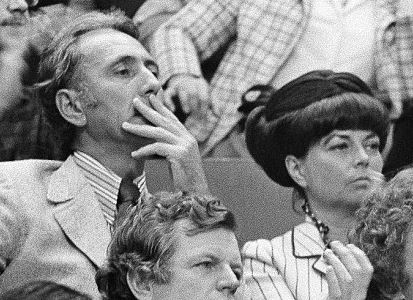