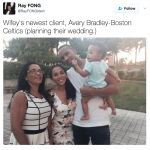 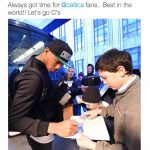 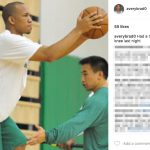 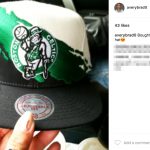 Avery Bradley’s wife Ashley Bradley is in need of a huge thank you today.

After a lackluster performance in game 3 and 4 of the 2017 NBA Playoffs, Avery Bradley’ wife called him out.  But, according to the TNT Broadcast of game 5, Avery got the message loud and clear that she could tell his head wasn’t in the game.  Bradley has been battling double hip pointers, and saw his game suffer. Bradley is one of the best defensive players in the league.  But, after getting destroyed by the Wizards backcourt, many were left concerned.  To be honest, concerned was the right word for his wife.

But, Bradley set out to change the perception in game 5, focusing away from the pain.  With 2:01 left in the first half and the Celtics up 19, Bradley is the main reason.  So, thank you Avery Bradley’s wife.

Now, we’ve gone this far without some very simple information.  Who the hell is Avery Bradley’s wife?

Well, you got us.

We know he’s married, and that he has a kid.  We know his wife’s name is Ashley, and that his first son was born in September of 2013.  But, that month was a hell of a roller coaster for him.  Avery Bradley III came into the world just two weeks after his mother passed away.    Avery Bradley’s mother was only 46 years old.

Bradley returned to Boston a few days after his mother’s funeral.  And the timing of his flight couldn’t have been better.  In an article with NBA.com, Bradley explains

As I landed in Boston, my wife was delivering our baby.  Her water broke at like 6:59. I landed at 7. So I landed and boom I went right to the hospital.’’

Sure enough AB came around to witness his dad’s ascension to one of the elite defenders in the league.  That was also the season that Avery assumed the starting role on a team in full rebuild mode.  Pierce, KG and Doc Rivers were all gone, but the team was about to become Avery’s.
But, back to Avery Bradley’s wife.  There’s nothing known about her, and only one picture of her we can track down.  Looks like the Bradley’s were planning their wedding in late 2014.  Also, former teammate Courtney Lee sent a picture at their wedding in August, 2015.  So, we’re going to take the leap that they married in 2015. Ok, they did, we can confirm that much. But, no matter what the case is, we need to say this.  From the bottom of our heart.  Thank you, Mrs. Avery Bradley.
2017-05-10 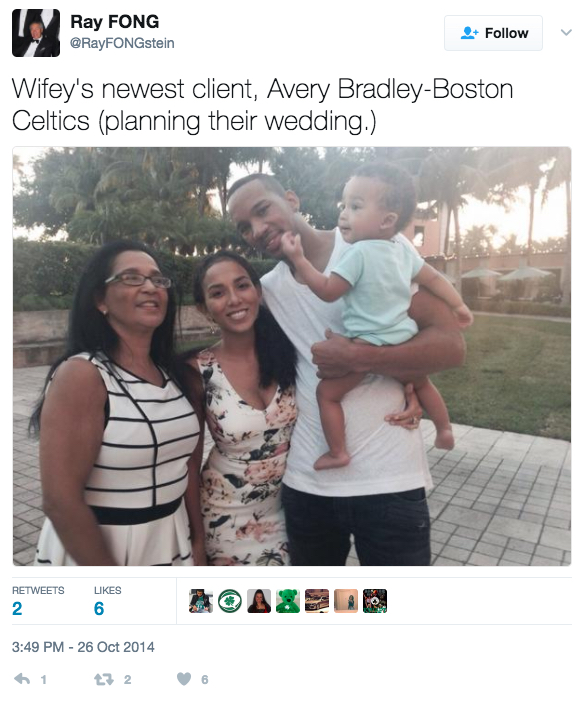