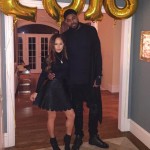 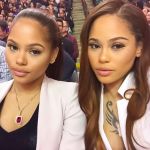 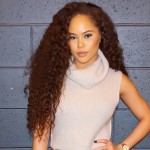 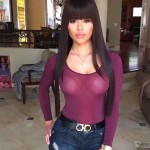 Amir Johnson’s girlfriend Daria Marie actually has a lot in common with James Harden’s former girlfriend Queen Pee. They both have their own companies selling beauty products, and they both promote the items they sell on social media with various models. In Daria’s case, she sells extensions and wigs.

Daria also has an identical twin named Rece Mitchell who is impossible to tell apart from Daria. Maybe their eyebrows are threaded slightly differently? Aside from the giant chest tattoo, their visages are truly identical. Anyway, they attend a lot of Celtics games together. In a recent picture of Amir Johnson’s girlfriend and himself, they posed dressed all in black and standing under big balloons that read “2016” for New Years. Daria looked stylish, but Amir looked kind of silly– I have to admit– because he appeared to be a 6’9″ emo goth dude. He wasn’t smiling and looked like he’d been dressed for Halloween even though, objectively speaking, his clothes were cool. His shirt even had knuckle gloves, but the picture was taken inside. I also thought, for a minute, that he was wearing eyeliner to emo it up, but it was just the lighting under his eyes. It was just a funny photograph. Don’t get me wrong, though: Amir is the man.

Daria has said that her and Amir “never beef,” meaning they never have big arguments and the arguments they do have are pretty petty. I guess that’s a good thing, though any time a couple tells me they never fight I immediately think someone in the couple is repressing their feelings in order to be “perfect” or just to avoid conflict. Actually, this is a fairly common behavior pattern among pro athletes and their girlfriends. Generally it stems from fear of being dropped for another woman if they annoy or anger their boyfriend. Some pro athletes are mercurial and moody, and they tend to not be able to sustain longer term relationships. Not in the case of Amir Johnson’s girlfriend though! These two go on tropical vacations and travel together a lot. Recently they were vacationing in Turks and Caicos. 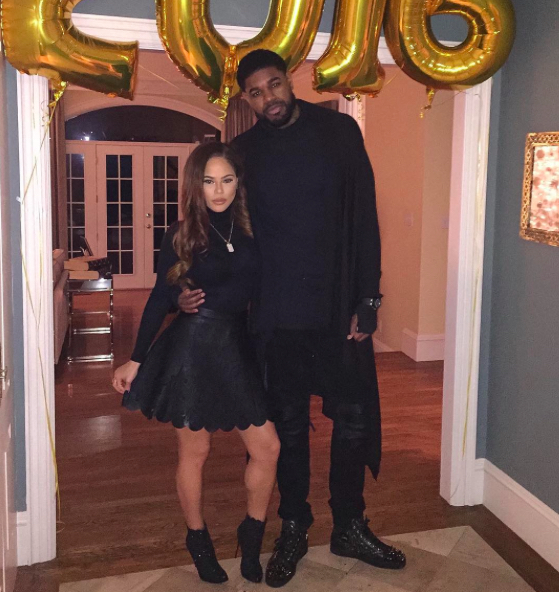