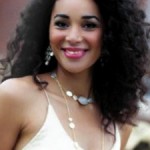 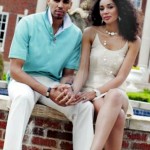 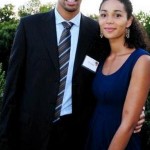 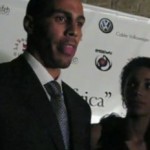 In all of the years that we have been running this site and all of the couples that we have been reported on, this might be the strangest way that anyone has met. Thabo Sefolosha’s wife Bertille Sefolosha initially met him when Thabo was on an under 20 team in France and she was studying at Chalon-sur-Saone. They met when she braided his corn rows. Strange, right? The couple has been together for 9 years now and has three children.

Rather than remaining content to rest on her husband’s accomplishments like so many other sports wives, Bertille has accomplished much herself. She is currently studying for her Masters in International Relations and spends a lot of time on the charities that the couple runs. Thabo and Bertille actually organized an Oscar Night Party called “A Night for Africa” recently to help raise money for underprivileged children in the South African Township of Mamelodi. In addition to the $50,000 raised at the event, Thabo and Bertille donated $30,000 of their own money as well.

Some photos courtesy of Clifton Roberts Photography.  To see more of his work, please click here 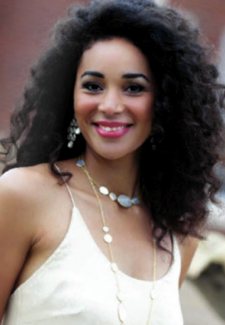