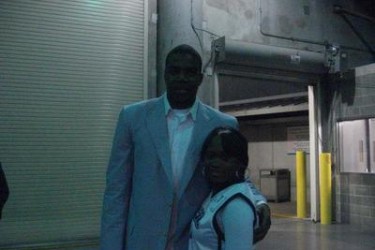 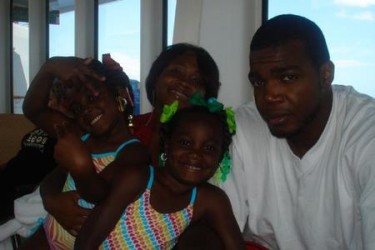 Paul Millsap’s wife Latoria Millsap likes to mix it up with the names the couple gives their kids. They’ve got three of them, and the most recent one was named Paular. It’s a bit of a headscratcher but maybe it sounds cool when you hear it said in real life. Their first girl was named Xylah– now that’s a cool name. The second girl was named Pnyona, and I’m again scratching my head on that one. I think I’m definitely getting tripped up on the pronunciation. Is it Pa-yo-na? That “n” in the middle of the name is what’s getting me confused.

Well, somebody’s certainly got her hands full with the three kids. Paul Millsap’s wife Latoria Millsap does a good job taking care of them while Paul is out on the road. Latoria was formerly Latoria Scott and has known Paul since high school. They are yet another pro athlete couple who will be classified in the high school sweetheart category. The percentage of high school sweethearts in American professional sports is climbing ever higher, people. It’s an epidemic. Luckily we still have some young bloods out there getting paid vast sums of money and hitting up the dance clubs with ladies they just met. It’s almost like there’s two extremes in the NBA: you’re either a high school sweetheart or you are ordering up girls via Instagram like an internet takeout service.

Well regardless, Latoria had their latest kid on the same day that Randy Foye had his. At the time, they were teammates, and Randy named his daughter Pilar while Paul and Latoria named their daughter Paular. It must have felt like a pretty odd coincidence at the time for the two players, but now Paul Millsap’s wife Latoria Millsap has likely already packed up the family and moved to Atlanta, and life in Utah is a distant memory. 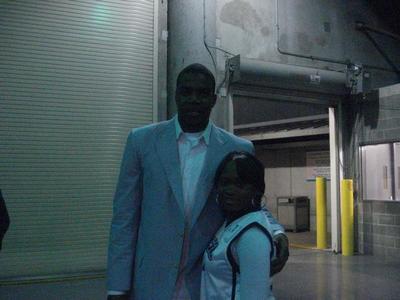