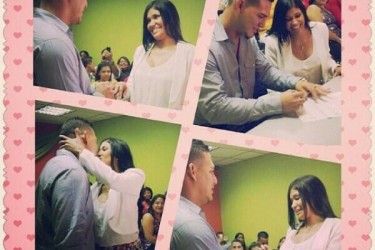 Wilson Ramos’ wife Yeli Ramos is keeping her Venezeulan roots close out of necessity, but she’d rather be chilling in DC permanently. I can’t say I blame Mrs. Ramos. Her man was kidnapped back in 2011 and promptly rescued by commandoes. Man, how insane is that? Commandoes swooped into a mountain hideout and scared the pants off Wilson’s captors, and the commandoes were aided by 200 or so police. Good lord Venezuela loves their pro baseballers.

Yeli Ramos is dang hard to find on the internet, and she probably could care less right now since she just gave birth. Wilson’s wife is now a proud mother of a baby girl. Since Wilson’s nickname is Buffalo, the internet has taken to calling his daughter Buffalita (“little buffalo). Getting a visa to enter the States has proven a headache for Yeli, but Wilson did manage to get her in so she could have their daughter on US grounds. Now Buffalita is a citizen, and Yeli will be on her way to getting a green card– a process that generally takes a few years.

The couple was married last winter and, incidentally, how about that wedding photo of Wilson and his wife Yeli? Good lord is that a humble wedding or what? I feel that the United States needs to start taking cues from other countries and do the casual ceremony like these guys. No silly tuxedos or garish wedding dresses needed! Just pop on a collared shirt and you’re on your way, my catcher’s-mitted friend. Speaking of baseball, Wilson is a standup player. He’s managed to keep his average hovering around .270 his entire career, and this year he’s up around .280. I’m thinking the Buffalita is his new good luck charm. 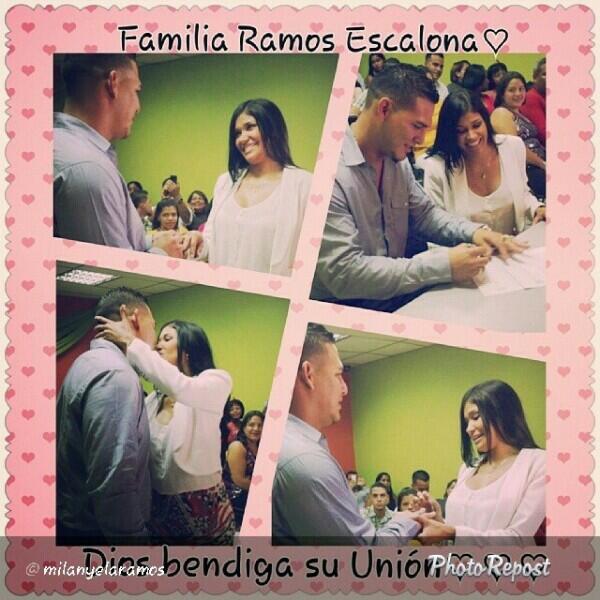