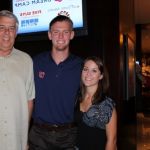 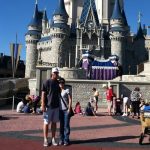 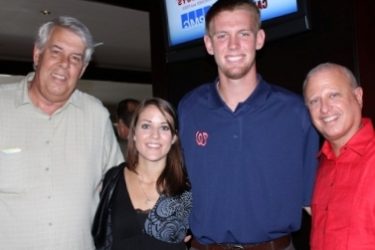 Married basically right out of school

Stephen and Rachel Strasburg married January 9, 2010.  The wedding took place near Strasburg’s San Diego home. Due to the wedding, the rookie ace got a pass to skip out on his first batch of offseason publicity appearances to accommodate the wedding and subsequent honeymoon.  Like we opened with, the man takes care of business on and off the diamond.  He took care of his wife first.  The wedding and honeymoon came first.  The record setting rookie contract came next.  So he missed his intro presser?   That can wait a couple weeks. And, really, who wants to upset Stephen Strasburg’s wife? He’s the franchise!  That’s certainly proven true during his eight year tenure with the Nats. Well, unless you want to say Bryce or Max is. Wait, why are we debating this?

Strasburg missed out on Nationals Rookie Career Development Program, Winter Caravan and Natsfest. GM Stan Kasten was quick to defend the decision.  He explained to the Washington Post,

Strasburg rarely discusses his private life.  Because MLB instituted a shorter roster exemption in a paternity leave list, we do know that Rachel gave birth to the couple’s second child in 2017.

Besides the total lack of other details about his private life, Straburg has previously acknowledged how important Rachel is to him.  But Rachel was also part of the fiber of his journey through from college to the pros, telling Dave Shenin also of the Post: “She’s my best friend, I can’t imagine her not being here.”

Aside from that, there’s not a lot of information about Rachel widely available. Strasburg is typically private with the media.  But, his desire for privacy was never more obvious than his introductory press conference.   Rules for the press conference made it explicitly clear:

“Strasburg’s family will NOT be available to media [no exceptions].”

Fair enough. We’re happy to play by the Nationals rules on this one. 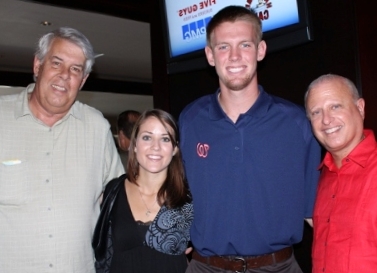