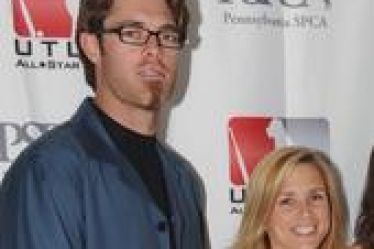 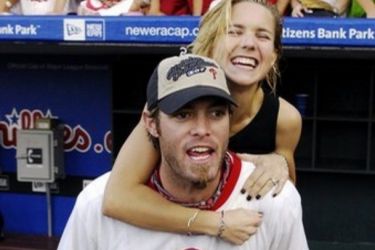 Jayson Werth’s wife Julia Werth attended Chatham Glenwood High School in Springfield, Illinois. Chatham Glenwood just so happened to be the school where Jayson rose to national recognition, helping his team to a state title as a junior batting an INSANE .652 in the process. I guess that’s one way to make the Baltimore Orioles draft you in the first round the following spring.

In 2004, Jayson Werth and wife Julia were forced to bring a lawsuit against one of Julia’s former boyfriends.The suit claimed that Julia’s one time high school boyfriend, spent four years sending threatening and accusatory letters to the Werth family.  The letters made claims that Werth is unfaithful to Julia and threatened to publicly release pictures and videotapes of Werth having sex with other women.  He also made the accusation that one of the women in question was pregnant with Werth’s child.

The claims were determined to be false and the Werth’s sued for libel and slander.  They requested $50,000 in compensatory damages and an undisclosed “amount which will serve to punish and deter Root from similar conduct.”

No word on the outcome of this suit. Jayson and Julia Werth have two children together.