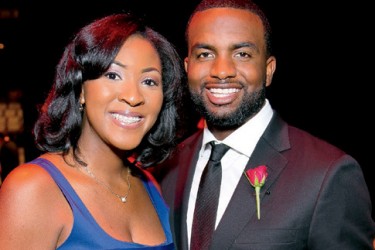 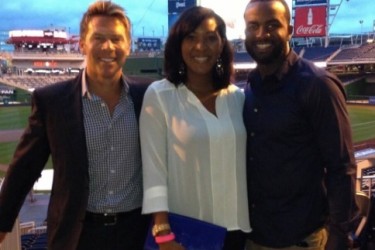 Denard Span’ girlfriend Shadonna Copeland is an honorary member of the Dream Foundation. This is good karma for the young lady, because raising money for charity is probably the best thing athletes’ wives and girlfriends can do outside of becoming directly engaged in charitable causes, and that is just what the Dream Foundation does.

Denard’s girlfriend accompanied him to a Dream Foundation event recently where the foundation was able to raise $243,000 by auctioning off collectibles and memorabilia. That’s a pretty solid haul if you ask me. Almost a quarter million bucks for some signed bats and smelly used jerseys. Nice work, folks. It’s always nice to see people overpaying for silly stuff just to help people in need.

There’s no complaints coming from the Nationals organization about Denard’s performance on the field this year, as I’m sure there are none from his girlfriend Shadonna. Not only is he leading the league in total hits (with a nice .300 average) but he’s hauling in $6.5 million and next year bumping right up to $9 million. That’s plenty incentive to stay with Mr. Span (other than being in love and all that sentimental side business). These two do seem quite happy together, and Shadonna is sporting some nice gowns and clothes at the few public appearances she’s made with Denard this year. She definitely has a classy sense of style. At home, Span got some nice quality time with his girlfriend Shadonna after banging his knee. It was probably a good idea to let him rest in order to really gear up for the playoffs. Being on a team that will remain in first regardless of wins or losses is always nice if you’ve got to rest up an injury, and Shadonna will surely let him recoup in order to keep the hit machine cranking along. 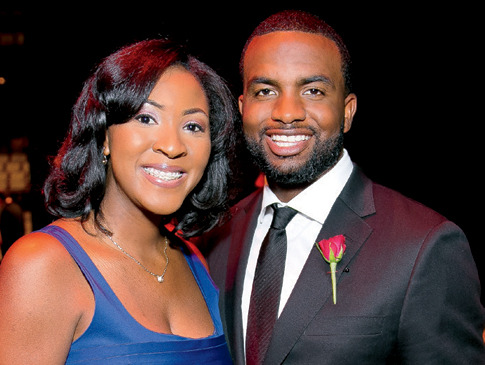