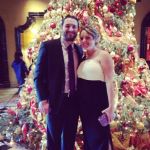 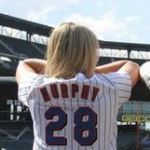 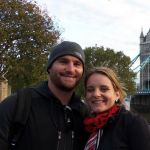 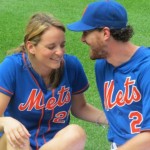 Daniel Murphy’s wife Victoria Ahern Murphy gave birth to their first son in March of 2014. Prior to the birth, they married in 2012 and began dating in 2007. Since they are both Florida natives, they return to the state often. Tori grew up wailing softball pitches and eventually earned a scholarship to North Florida. When Tori finished her softball career and got pregnant, she became an assistant coach for a Florida high school. Her father was head coach.

In October of 2011, Daniel broke up with Tori. Daniel Murphy’s wife Victoria Ahern presumably dumped him for cheating. He implied that when he said he prayed God would soften her heart and forgive him. It’s a little cryptic but that sounds like the implication to me. Tori Murphy stayed in touch with Daniel Murphy during this rough patch, and by the following Christmas, they were back together. Daniel Murphy proposed in January of 2012 and by December 1st, the couple was officially Mr. and Mrs. Murphy.

When their son Noah was born on opening day, Daniel Murphy decided to take the maximum number of paternity days allotted by the MLB, a mere three days. And when he did, radio talk show hosts Mike Francesca and Boomer Esiason each separately took Daniel Murphy to task for it. “What are you gonna do? Sit there and look at your wife in the hospital bed for three days?” Mike Francesca told his listening audience. But even worse, Boomer Esiason told his audience he would have made his wife have a C-Section.

Just to be completely clear here, a C-Section is a major surgery, and physicians don’t just cut people open willy-nilly. It seems Boomer and Francesca needed to be called out on their out of touch and seemingly cold-hearted comments, and their male fans did just that. Some asked that Francesca recognize this as one of the most important milestones in life and stressed the importance of being with family at this critical time. Others were less forgiving.

At the end of the day, however, all the opinionated comments in the world won’t make a difference. Daniel Murphy got three days to settle in with his wife and new son, and then he was back in action. It likely won’t affect the Mets season at all. But it did help one family set up a stronger foundation for a brighter future, and Daniel Murphy and Tori Murphy (and one little baby) are certainly happier for it.

On the one hand, Murphy is a strong supporter of family values. On the other hand, he is openly anti-homosexual. His anti-gay stance comes from his Christian fundamentalism. Some might call him a kind of bygone relic, but the MLB Ambassador for Inclusion Billy Beane said they both found common ground with baseball, and that was a good start. I’m impressed by Billy’s diplomacy. Daniel Murphy’s wife is happy to live in Washington now. It’s closer to Florida, and she very likely did not fit in so well in New York. Personally, I don’t like either one of them. But hey, I don’t know them personally. They took a trip to London last year to enjoy some European vibes. When she became a coach, she asked Daniel to help her with some teaching tips. 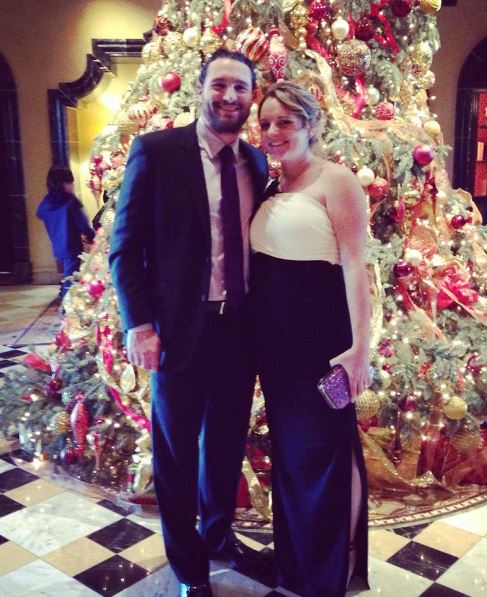