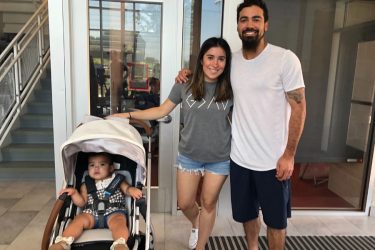 Anthony Rendon’s wife Amanda Rendon has done an amazing job keeping up with her husband.  No, we’re not talking about keeping up on the field.  Because, well, lets face it,… very few keep up with him on the field.  No, we’re talking about managing to stay away from the public eye in 2019.  It’s nearly impossible, yet this couple is impressively invisible to the rest of the world!

So, what do you know about Anthony Rendon’s wife then?

Candidly, not a ton.

The couple tied the knot on November 25, 2017 at The Corinthian in Houston.  The black tie optional affair took place on a boldly selected day.  Fitting into dresses and gowns, suits and tuxes just two days after Thanksgiving?  That’s a downright challenge to your guests, but could also be a killer motivation to skip that second plate on Thursday.  Things clearly worked out for the best, as you can see in their photographer’s visual narrative of the days events.  Stunning wedding.

Anthony Rendon’s wife gave birth to their first child, Emma Kate Rendon, on July 25, 2018.  Anthony did a quick three game stint on the paternity list and was right back to work.  Suppose that’s one of the challenging parts of the life of a major league family.

Beyond that, details are scarce about Anthony Rendon’s wife.  But there’s one common thread that we seem to find over and over when it comes to Anthony and Amanda Rendon.

Anthony Rendon’s wife does her part when it comes to pitching in for the Nationals Wives organizations.  She’s a regular contributor to their events, often working stadiums to help raise funds and accept donations.

Stop by the Team Store TONIGHT to purchase your 2019/2020 Pet Calendar! Jen Corbin, Amanda Rendon, and @kdturner12 will be here signing from 6-7pm! All proceeds benefit the @HumaneRescue 🐶 pic.twitter.com/GXsbfS5I17

But, the Rendon family doesn’t just chip in a few hours a season to help others.  No, they also put their money where their mouth is, as described in the Washington Post.  The Rendon family has made multiple charitable donations to the Nationals Academy, whose purpose is to directly work with children.

Earlier this year, Alter, the Academy’s executive director, began formulating a pitch to Rendon regarding a donation, always a delicate process, especially when the potential donor is someone everyone in the organization knows.

“We want to be mindful,” Alter said. “Just because we know someone’s salary doesn’t mean we can ask for a lot of money.”

But before Alter could broach the subject, Rendon beat him to it, telling Alter it was something he and Amanda had been thinking about. Soon, Alter went back to Rendon with some possible dollar amounts and a detailed accounting of what each amount could do for the Academy, but Rendon was thinking of a bigger number than any of those. Eventually, he wired $150,000 to the Academy — money that will be used to bring more kids into the summer program and fund the educations of two of the Academy’s volunteer coordinators.

Anthony has served as the player representative since 2016, and the Rendon family $150K donation seems to be a regular occurence.

Once again, Anthony and Amanda Rendon have given a generous donation to support #NatsAcademy.

Humility doesn’t seem to happy often in the sports world.  But when it comes to the Rendon’s, it’s a way of life.  Quiet and classy is how this family rolls. 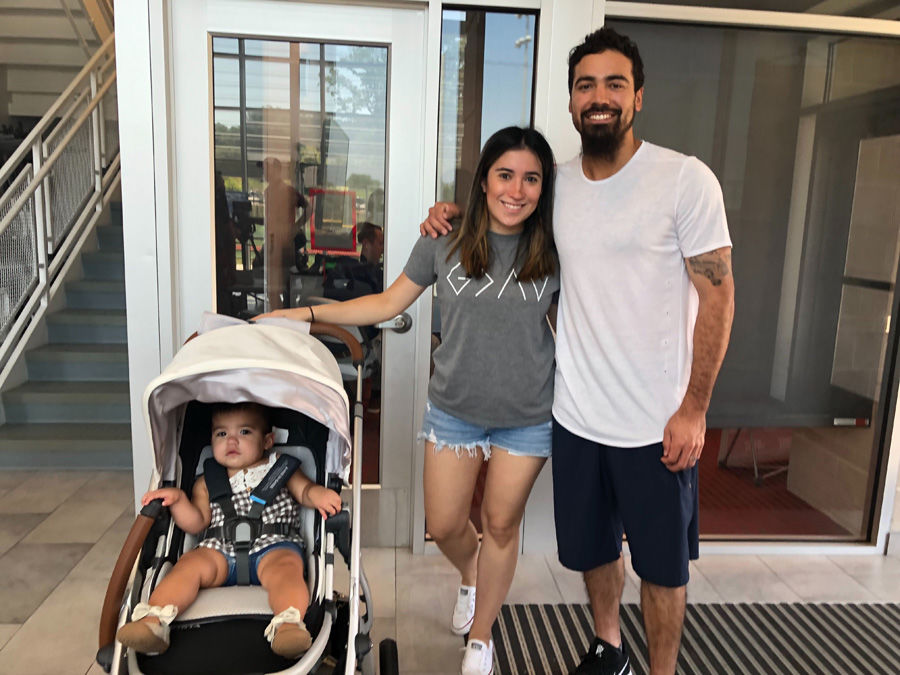