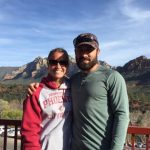 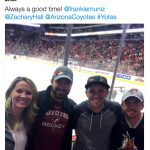 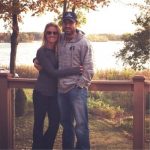 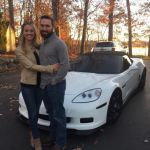 Adam Eaton’s wife Katie Eaton gave birth to their first son, Brayden. This was back in April of 2016.   The little guy was born 16 days earlier than expected. As luck would have it, Adam’s family was in town to see a home game.  So they got to visit Katie in the hospital and meet their new grandson. Adam said he’d never experienced that form of love before. He was quick to say that he loved his wife.  But that having a child was a brand new experience.

When Katie was about five months pregnant, she was still hiking with her friends on the Tom’s Thumb Trail in Scottsdale, Arizona. They still have a house in Arizona from Adam having played on the Diamondbacks. \ Arizona, Chicago and DC are great places to live, and Adam Eaton’s wife Katie took full advantage. Adam got her an Edible Arrangement for their anniversary in 2015.  Katie said that after “three blissful years of marriage, he knows I’d rather eat my arrangement than look at it”.   Katie’s brother plays college hockey for Michigan State University, and they keep close ties.

Katie describes herself as a traveler and a “total foodie”. The travel doesn’t necessarily have to do with Adam playing games in other cities, either. Before the pregnancy, Adam Eaton’s wife went to virtually all the home games.  There may be fewer trips, but even before they had Brayden she was talking about what a good baseball player he would be. She’s a sports fan, and she’s a die-hard loyalist to whatever team Adam finds himself on. I’m sure she was thrilled to see Adam on the cover of Chicago Splash magazine holding their son in his arms. The entire cover was devoted to him becoming a father.  It’s always interesting to see how guys gone literally half the time balance that act.  All the credit to those dads. 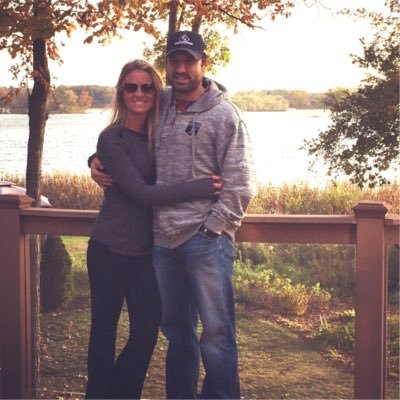