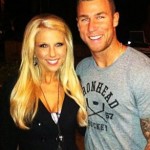 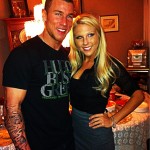 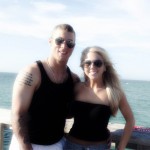 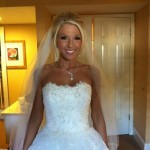 With Blue Jays third baseman Brett Lawrie’s quick rise through the minors, it’s easy to forget that he’s only 23 years old. With his age in mind, it shouldn’t be too shocking to learn that he’s dating a college student.
Brett Lawrie’s girlfriend Paige Brendel is a student at Arizona State University, set to graduate in 2013 with a degree in broadcast journalism. Owning a broadcast journalism degree myself, I can say with a high level of authority, that it’s definitely to her benefit that Paige has begun exploring other career avenues, just entering into the modeling field (hence the wedding dress, as we can confirm that she is not engaged to Brett,…, yet). We do have unconfirmed information that Paige is a cheerleader at ASU, and that she previously played soccer at a prior community college.
Brett and Paige have been together since the fall, which is when Brett reportedly broke off his engagement to USA Women’s soccer player, Sydney Leroux. Since the breakup, Brett has been undergoing tattoo removal procedures, as he got Sydney’s initials tattooed inside his wrist. Fortunately for Lawrie, he successfully removed the ink before Sydney LeRoux started dating JJ Watt…. I mean who would want to deal with that angry ex boyfriend, right? 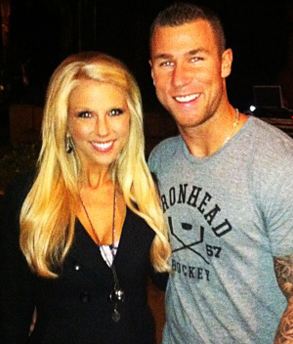