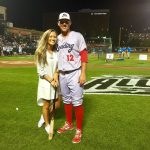 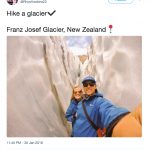 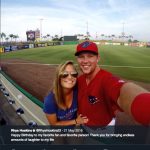 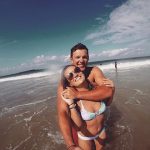 Rhys Hoskins’ girlfriend Jayme Bemudez has to be stoked with the show he’s putting on in the 2018 Home Run Derby.

Well well well,… look at that.

Easiest question I’ve ever asked, cheers to a lifetime Jayme🥂

Just weeks after we learned about Rhys Hoskins’ girlfriend, he decided to switch it up and make Jayme Bermudez his fiancee.  Congratulations to the happy couple!

37 home runs through two rounds would make anyone stoked.  But, besides enjoying some exciting baseball, what else is going on here?

Rhys Hoskins’ girlfriend Jayme Bermudez works for a public relations firm in Philadelphia. She grew up in California just like Rhys. She attended Cal Polytechnic State University. My big question is where did these two meet? Most of our research points to a high school sweetheart connection. It looks very solid since they both attended school in a town called Carmichael, California. I noted they also attended different high schools at that time. But, Rhys notes in 2018 they’ve been together for 9 years.  That puts him as a 16 year old falling for Jayme.  Yeah.  That’s high school.

Jayme really only graduated in May of 2016. Since that time, she landed what appears to be a pretty sweet gig in Philadelphia. True, it’s a starter position, but a Brand Executive sounds like a great title to start at. Rhys Hoskins’ girlfriend also spent three months in Australia while she worked at an internship from school. I imagine that was a difficult three months for the couple, but three months isn’t all that bad. The internship also geared towards baseball. In fact, almost all of her professional experience is sports related. She worked for the Browns, the MLB, the Giants, and some minor league baseball team nobody ever heard of.

Rhys did visit her in Sydney for a short time. There’s no better way to diffuse long-distance blues than visit your loved one! They ended up taking an incredible picture kissing, on top of a bridge, right before they jump off with bungee cords! One of Jayme’s friends told her in the comments that her beautiful life makes her sick. I found that hilarious. Rhys Hoskins’ girlfriend started off her early 20’s with a bang. So did Rhys! Once they get a long term contract locked in, it’s house buying and family planning time!

9 years of adventure, and we’re just getting started. Cheers to a lifetime, Jayme 🍎 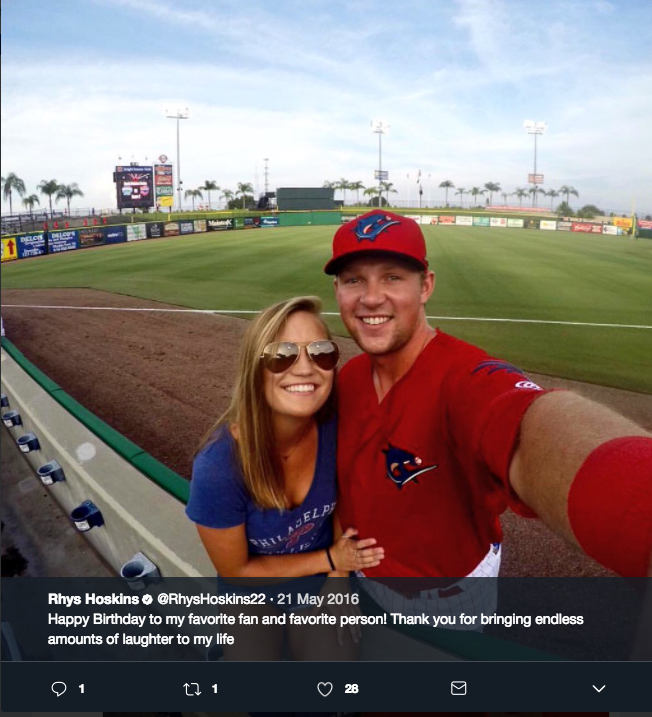