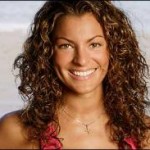 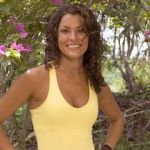 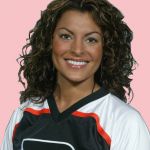 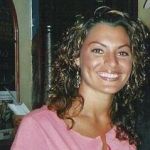 Kyle Kendrick’s fiance Stephenie Lagrossa was an accomplished lacrosse player in college at both Temple and Monmouth University. She was a four year D-1 starter that racked up numerous awards, including: NEC Academic Honor Roll, a three-time NEC All-Conference selection, NEC Scholar/Athlete Award recipient and Female Athlete of the Year Nominee.
After school, LaGrossa went to work as a pharmaceutical sales rep before entering the public eye during her stint on two seasons of Survivor; Palau and Guatemala. She finished second on the Guatemala season.
After Survivor, she worked for the Philadelphia Flyers as an arena host. She also hosted a shortly lived show on a network I’ve never heard of(show: All Dolled Up, network: Treasure HD).

Before Kyle Kendrick entered the picture(well, we assume anyways) LaGrossa married long time boyfriend Michael Ward on July 6, 2006 in Seaside Heights, New Jersey. The marriage was not meant to be as the two were divorced in early 2007. She became engaged to Kendrick in 2009. 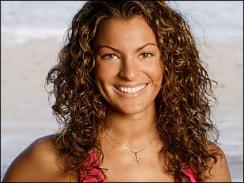