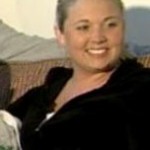 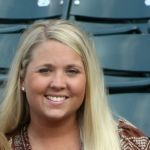 UPDATE: 10/26/2010: It appears that Cliff Lee to the Yankees this offseason has just hit a major roadblock. After sitting in the visitors family section during the ALCS, Kristen Lee says she was exposed to taunts, obscenities, spitting, and beer throwing directed at her. Says Kristen, “The fans did not do good things in my heart … When people are staring at you, and saying horrible things, it’s hard not to take it personal.”
We here in Red Sox nation would like to extend our most heartfelt sympathies to the beautiful, classy Kristen Lee. You do not deserve to be treated like that, and us pleasant, modest, charming folks in the Northeast would never subject a lady to that treatment. Come to Boston, Mr. and Mrs. Cliffy,… it’s a beautiful place.

Cliff Lee’s wife Kristen Lee is from Benton, AR. Together, the pair have a son, Jaxon, born in 2001 and a daughter, Maci, born in 2003. Their son Jaxon was diagnosed with leukemia at only 5 months old. He was given only a 30% chance of survival, but beat the odds, and is doing fine to this day. Because of this, the Lee’s donate much of their time and money to children’s leukemia foundations.

At times wives are equally as invested in the games as the men they’re married to. In an interview describing what it’s like to be the wife of a professional baseball player, Kristen at one point said in regards to playoff baseball: “We just can’t sleep because of the adrenaline.” 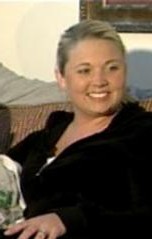