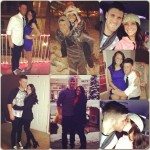 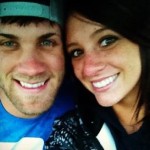 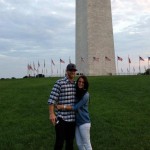 What a strange journey it’s been for Bryce Harper’s wife Kayla Harper.  And that was before signing on the dotted line for $330,000,000.

Let’s go back and talk about what used to happen.

Bryce Harper and Kayla Varner spent years doting on one another across social media platforms. From tweets to each other, and then retweets of the other, it was very apparent that Kayla Varner was the only woman in his life.

Bryce Harper’s girlfriend Kayla Varner first grabbed the mainstream internet’s attention when the couple’s engagement pictures were put up on their photographers blog (and since removed). The pictures saw Bryce and Kayla pictured around various DC landmarks draped in the American flag.

January 2015 was the date that the three day wedding was set to take place.  The January wedding worked well for the woman who was to be Bryce Harper’s wife.  Ohio State’s winter break afforded enough time to marry the biggest baseball star on the planet. Varner plays soccer for the Lady Buckeyes, after transferring from BYU.

But then something happened.  And neither one of the very public lovers spoke publicly about it (hey, I get it, no judgement). The much ballyhooed wedding did not take place. When you dug a little deeper, you realized that the two were no longer following one another.  The last mention of the other was right after Varner’s bridal shower in November.

So what happened exactly? Well, Bryce went on to become NL MVP. Then Bryce Harper’s wife (now her wife) celebrated Christmas separately, and clearly had other plans for the start to 2015. Harper & Varner went their separate ways like so many couples do, and life moves on for them.  Fans of the couple quietly wept into our drinks and wistfully pine for the return of true love in America.

Chin up hopeful America, because there were hints of a reconciliation. The Washington Post picked up on the potentially happy news:

Those rooting for the romance between Nats slugger Bryce Harper and his high-school sweetheart, Kayla Varner, might have reason to cheer.  An Instagram pic of the couple, looking cozy with other Nats’ players and their S.O.s on an outing during the team’s road trip to L.A. this week will no doubt please the Bryce-Kayla shippers.

Clearly love always finds a way.  By the 2016 season, Bryce and Kayla resumed their very public affection.  Pictures of the other have been cropping up on the other’s social media page.  And yes, that is a gigantic rock on Bryce Harper’s girlfriend’s finger.

Love finds a way folks.  In December of 2016, these two hitched up once and for all.  Bryce has never been shy about the fact that this dude LOVES his wife.  And his wedding tux?  Well..  Proof is right there.

Since everyone is asking about the inside of the suit, here it is! Thanks to @STITCHEDlife for making this happen! You’re the best! ❌❌❌❌ pic.twitter.com/g2GwuAEWK0

At this point, honestly.  We can’t imagine it being long until Bryce Harper’s wife starts turning out mini Bryce Harper’s.  The world needs more! 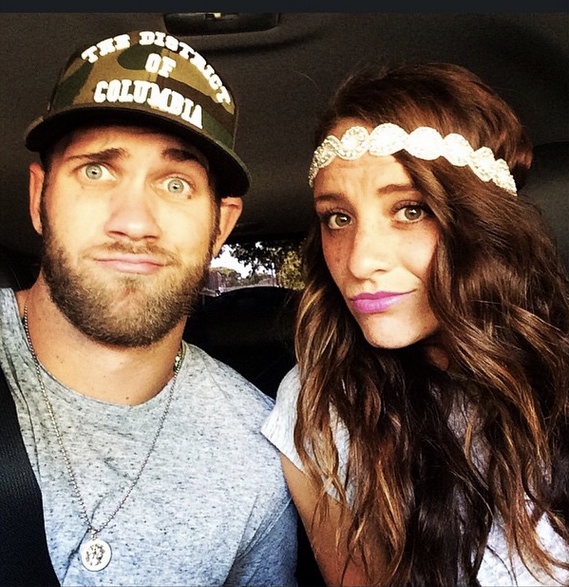