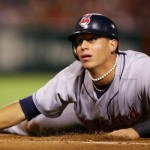 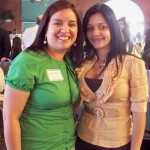 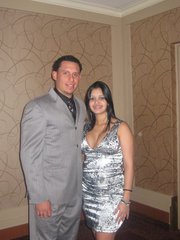 Asdrubal Cabrera’s wife Lismar Cabrera is an OG.  She’s hung in there a long time.

How long, you day?

Well, folks, they met back in  high school in Venezuela.  Asdrubal Cabrera was born in 1985.  So, we’re talking they met somewhere around 2001.  Coming up on 20 years folks.  That’s a damned OG.

The couple married in December, 2006.  His baseball career was just starting to take shape, and they tied the knot early.  Asdrubal had a good year.  He got married to his high school sweetheart, and then made his major league debut the next season.  Not a bad stretch for a 22 year old kid.

When he was called up to Cleveland, there was a profile about him on Cleveland.com. And of course, Asdrubal Cabrera’s wife was prominently mentioned.

Teammates call him “Cabby” and describe him as quiet, humble and understated. He and his wife, Lismar, met in school in Venezuela and married in 2007. He has snapshots of Meyer and he and Lismar’s 12-week-old daughter, Ashley, in his locker. His parents, Asdrubal and Zunilde, stay with them and the kids in Cleveland for a few months of the season. And his favorite dish, prepared by either his wife or mom, is rice with steak and beans.

Oh right, we forgot to tell you about his kids.

That roughly translates to Mother of three enterprising children who have my head world.  I have three kids.  Their first child, Asdrubal Meyer, was born in 2007.  Their daughter Ashley was born a few years later.    That third kid?  We’re not so sure about.

Anyone ever seen Asdrubal’s pearl necklace?

Yeah, lots of people did, and rightfully asked why the hell he was wearing a pearl necklace. Turns out, they aren’t pearls, rather a necklace made of beads by Asdrubal Cabrera’s wife. He wears it regularly, calling it his good luck charm.  If it works, it works.