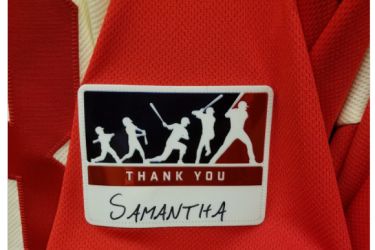 Aaron Altherr’s wife Samantha Altherr is definitely his number one fan and best friend. She also says so on her social media. Samantha follows every move of the Phillies and regularly posts big plays, games, and events. Samantha also holds a strong appreciation for Christian faith. She posts things about her faith fairly consistently. When the couple married, Samantha mentioned she appreciated the beautiful dress that Aaron’s mother made for her. It turns out that his mom, Michelle, formerly served for the United States Armed Forces in Germany. That’s actually where she gave birth to him.

What an amazing day this was!! Got to marry my best friend. Loved my gown Michelle Altherr made?. She is so gifted it's unbelievable!! pic.twitter.com/draILmBDVy

The actual wedding took place in November of 2016. The couple then honeymooned in a tropical but undisclosed location. Aaron Altherr’s wife mentioned there were palm trees. Samantha awaited the wedding and posted high anticipation on social media about a year before it happened. She included an engagement photo of herself in an embrace with Mr. Altherr. They both wore snazzy fancy clothes and stood in a forest path for the photo. It’s a nice image and one I’m sure they were proud to share it with friends and loved ones. On Thanksgiving in 2016, Aaron and Samantha watched football all day after the big meal. This is easily the most common thing to do for all Americans on that day.

In less than a year, this guy will be my husband. ♡ ♡ pic.twitter.com/H9JNSa3qWO

Aaron Altherr’s wife watches every game he plays. Since they don’t have children, it’s easy for her to free up her schedule to see him progress and grow as a player. Samantha shares almost nothing about her personal life on social media. This is refreshing because most player wives share too much and appear self-obsessed. The opposite is true of Samantha. The only real piece of information she shared was when she started Twitter back in 2015. She told everyone that someone made a fake account of her and to ignore it. 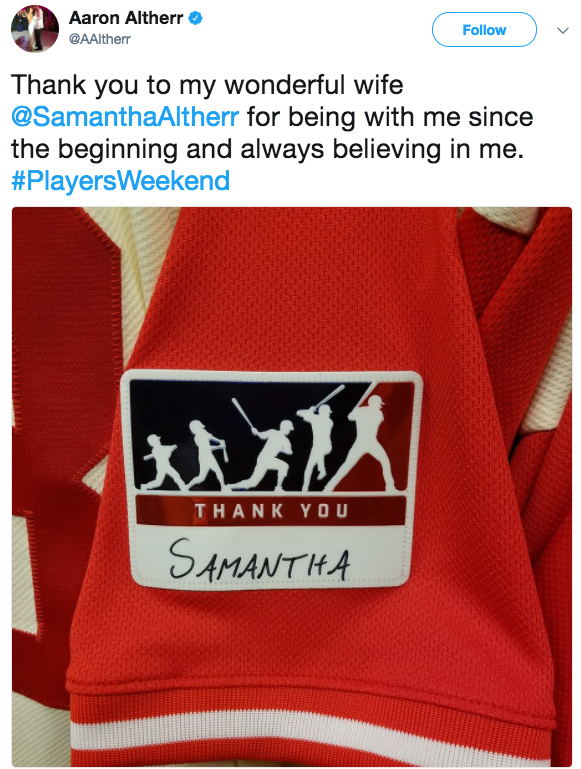