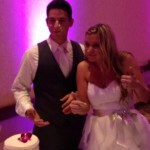 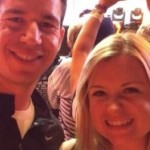 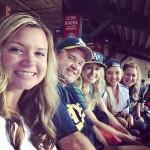 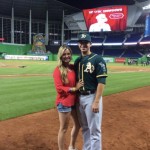 Tommy Milone’s wife Tina Milone can hit his changeup with ease. Tina is an all-around fun girl, according to her Twitter page. She routinely posts more interesting stuff than most people I follow on Twitter, but I myself am sort of a neanderthal when it comes to getting the most out of Twitter, so my standards aren’t that high. Anyway, the reason I say Tina can hit his changeup with ease is because she handles most situations gracefully.

Tommy boy had been having himself a nice year alongside his Oakland pals before heading off to Minnesota in a trade deadline deal netting Oakland Sam Fuld in return. Keeping his ERA under 4 is a good sign, and he’s 6-3 so far, having started 15 games. He’s not a huge strikeout guy, but he is a clever pitcher who concentrates on keeping batters on their toes. His fastball is sub-90, but he uses his cutter, curve, and changeup well, and his curveball has a “whiff” rate of 33% according to Wikipedia. Nothing like a solid whiff rate to bump up your pay, which for Tommy is only $510,000. Seems like a deal to me. Brad Pitt and Jonah Hill portrayed the Oakland organization kind of like this in “Moneyball.” It seems like the Athletics offices really do know how to pinch pennies and get max value out of guys. What’s really happening is that until he hits free agency, he’s locked into his low contract. You can bet your glove and cap that he won’t be making 500 grand when its time for contract negotiations. He’ll probably become a Yankee. The big question is does it make sense to pay someone based on their past performance? I say it does, but a lot of people would argue with me.

Tina likes to post smart stuff about taking care of animals and animal rights. She’s one of those types, and I’m all for it. Who doesn’t love animals? She’s also a major A’s fan, as you’d expect. 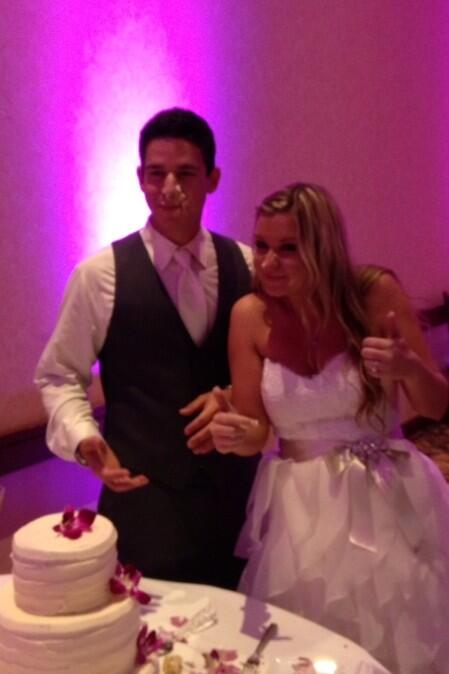