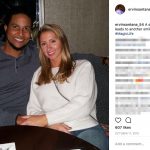 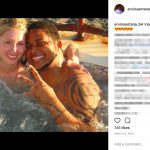 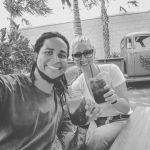 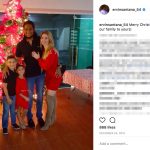 Ervin Santana’s wife Amy Santana is the mother of their two children, Jonathan and Sofia. Now, interestingly enough, Ervin Santana’s wife may actually be Ervin Santana’s girlfriend. As recently as 2015, there were reports that the two never married. They live together, and Amy is the mother of their kids. So wife and girlfriend becomes somewhat interchangeable. She’s been around for the bulk of his career, including early stops in Anaheim. Hell, we’ve had a post up about Amy since 2009, which was the year we started! Of course, they now quite enjoy life in Minneapolis. During the summer, Amy takes the kids and their friends to the lake. She also loves to rollerblade with them. They all attempted to circle Lake Calhoun in mid July. They didn’t make it, but maybe next time!

In July of 2017, Ervin Santana’s wife received what appears to be her first tattoo! She posted a picture of her on the chair in the middle of the process. After, Amy took a picture of the ink. It reads “God is Love, so in Love I trust”.  In March of 2017, the family traveled to Fort Myers in Florida. Since spring training occurs there, it’s part of the traveling rotation for the family. The kids love to go and swim in the pools while Ervin plays.

Speaking of traveling, Ervin Santana’s wife actually shared their son’s sky miles statistics. She called him a pro traveller. Well, he claimed about 67,000 miles over the course of about a year. So that’s not bad at all. It can be a challenge to raise a family while your husband plays constant baseball for much of the year. To travel around and watch some of those games is a good idea, but it’s also tiring. Many player wives learn tricks to make it easier like extending the stay or booking spa treatments. This family is now seasoned and experienced in the ways of sustained baseball living! 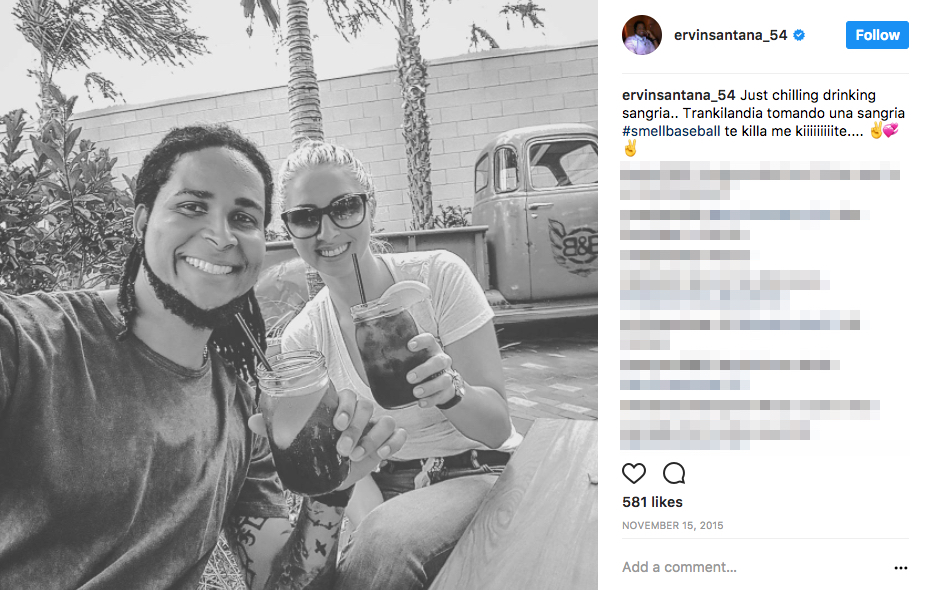