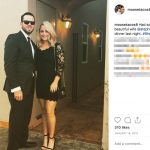 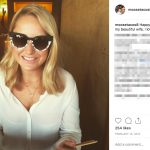 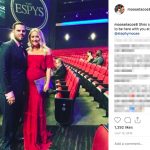 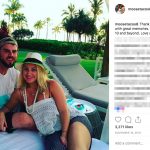 Mike Moustakas’ wife Stephanie Moustakas is an impressive young woman.  If you don’t believe us, check out the  list of qualities used about her at their wedding. Both Mike and Stephanie’s fathers listed so many attractive qualities about her, it’s impossible to think they were just pulling them from you know where. She clearly embodies these adjectives.

Mike’s father used the words “smart, beautiful, strong, brave, tough, warm, confident.” If you took out “beautiful” from the description, I might have mistaken Stephanie for a capable firefighter. The couple have a high-production wedding video that I recently watched. It is begging to be talked about a bit more.  But, not least of all because it uses this insanely euphoric soundtrack that sounds like a time-stretched lullaby by Sigur Rós. I mean, anytime a professional ballplayer has a video like this on the internet, you’ve gotta’ dig in with a bitter sword and even things out.

Besides Mike Moustakas’ wife, were there any other public topics of discussion during the proceedings?

At the wedding, Stephanie’s dad said into a microphone, “Now Mikey, Mikey smokes, drinks, gambles, chews tobacco, spits, and kind of fondles himself on national TV. But seriously– Mike is not without attributes. You’re a great, great player; a better person.”  Dear old dad continues by pointing out that he’s had one girlfriend his entire life (Stephanie).  If it works, it works.

Anyway, Mike Moustakas’ wife Stephanie gets really caught up in the emotion of being serenaded by Mike during his vows. He throws out the line “You remind me of the first time I saw you. You have this glow around you. I knew from that day I was gonna’ spend the rest of my life with you”.  The man loves his lady.

As you can imagine, Stephanie’s vows were just as romantic and heartfelt.  I know Mike’s father joked around about all his bad qualities, but it’s really clear that Stephanie is the brains of the operation. But no matter what – Mike has two rings.  One from a wedding, and one from the World Series.  Both are pretty sweet.

And Baby makes three,… and four!

Mike Moustakas’ wife gave birth in August of 2016 to a baby girl.  Mike proudly shows her off on his Instagram as any parent does.

In March of 2018, the Moustakas family brought a new baby into the world.  Michael Carter Moustakas was born in the middle of spring training.  Fortunately, Mike was in the strangest free agent class of all time, so he wasn’t signed with a team yet.  He was there for every moment.  If the Brewers win the World Series, imagine 2018 becomes the year of his life! 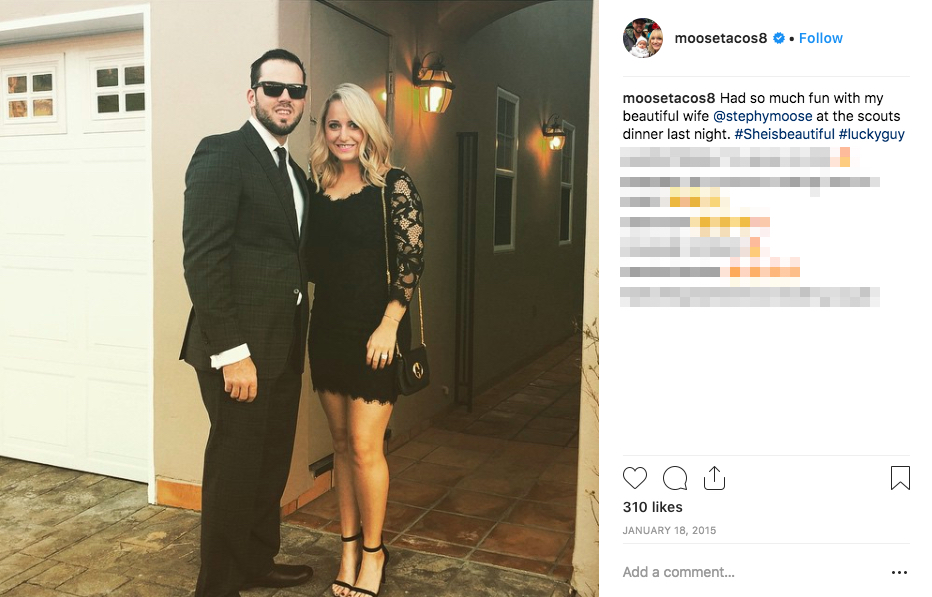