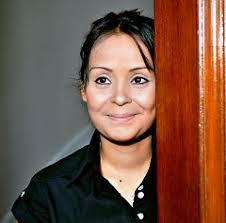 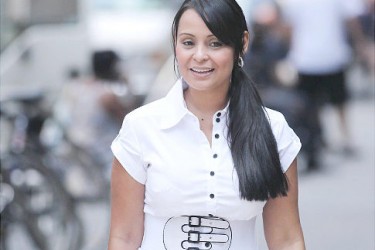 Francisco Rodriguez’s ex-wife Daian Pena had to bid him farewell. Who can blame her? K-Rod is known for his “antics” both on the field and off. In the past he’s been known to snap at reporters and drop a myriad of f-bombs when he’s in a mood. That’s really nothing compared to his off-field problems.

The most documented antics for K-Rod and Daian was when he beat up Daian’s father. It happened after the Mets blew a lead which K-Rod was supposed to close out. Following the game, he gave reporters an angry mouthful of swears and then beat up Daian’s dad at Citi Field. The incident actually caused Rodriguez to rip some muscles in his throwing arm and miss the rest of the season. The Mets suspended him and made him go to an anger management class. Obviously, beating up your fiance’s dad is not going to bode well for your relationship. Daian is the mother of two of Francisco’s kids, and she split up with him shortly thereafter. This was not the first incident of violence. K-Rod once beat up Daian so bad that she had to be hospitalized in Venezuela, where the two of them are from.

But wait, that’s not all. Proving himself as a true bona-fide scumbag, K-Rod was arrested again two years later for beating up another girlfriend and again mother of some other of his kids. This woman then fled the country and flew herself with her kids back to Venezuela. So that’s a total of three separate beatings to three of his supposed loved ones. Not a good guy.

K-Rod holds the record for the most saves in a single season with 62 in 2008. He’s currently first in the Majors with 27 and an ERA of 2.34. He’ll probably be an all-star this year, but it’s hard to root for the guy knowing that he beats up basically anyone that gets close to him.