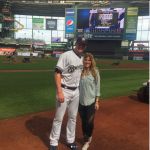 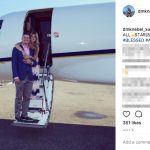 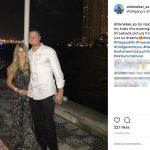 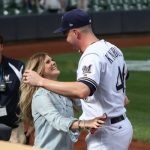 Corey Knebel’s wife Danielle Knebel married him in December of 2015. They now await the birth of a baby girl. Since they found out about her gender on July 2 of 2017, Danielle posted a pretty sweet clip. The video she posted is them standing in Miller Park and hugging moments after they learn they will have a baby girl. The couple also own two scruffy dogs. I’m not going to try and figure out their breed because that is often an impossible task, but I think one is a Labrador-Poodle. The other is a small breed that looks like a Yorkie. Don’t quote me on that though! Anyway, Danielle occasionally dresses the dogs up for special occasions like Independence Day.

Corey talked about their wedding back in December of 2015 on social media. He said they chose to play only classic rock & roll. Since they decided to do that, the baby-boomers in the crowd felt inspired to get up and dance. Corey Knebel’s wife said it was the best day of her entire life. She also shared pictures of their honeymoon tickets on December 7. They traveled to the Caribbean for two weeks. I also know they traveled business class because you could read it on the tickets.

Danielle is a great follower of her husband. I enjoy looking at a player wife’s social media and seeing how devoted they are to chronicling and cheering their husband’s passion. That is definitely the case for Corey Knebel’s wife. She always mentions the accomplishments and events that mark Corey’s career. She herself involves herself with the Brewers organization too. For example, she never misses an opportunity to go to events like Bark at the Park. That one is pretty self-explanatory- you take your dog to Miller Park. I don’t exactly know how they manage that since it could get messy, but Danielle was sure excited for it. 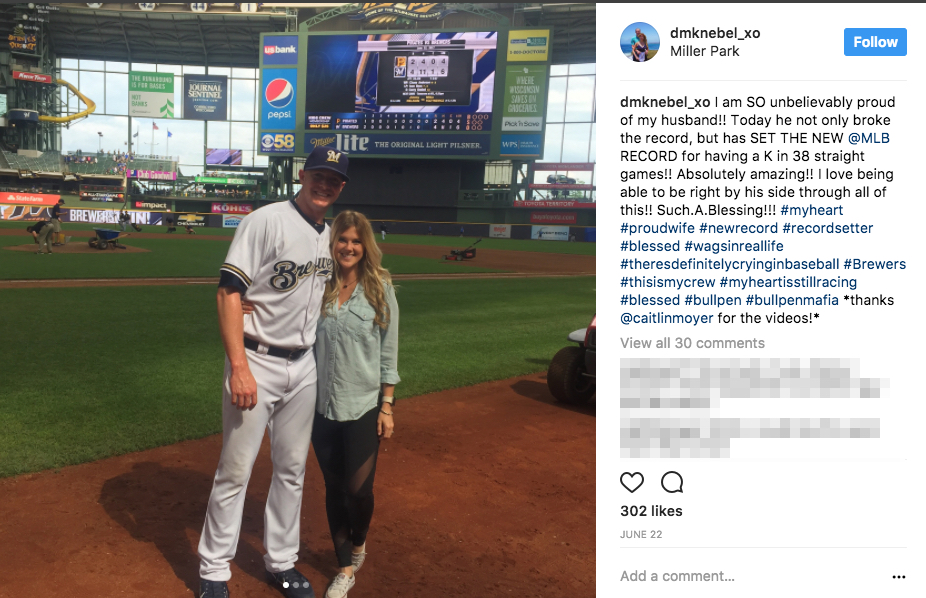