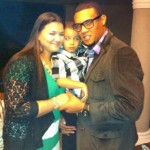 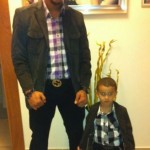 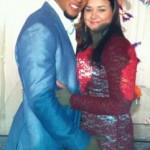 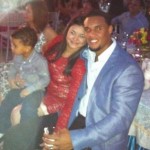 Carlos Gomez is a stalled prospect, but a stalled prospect who has quickly ascended to the top of fantasy darling lists in the span of the past calendar year. Despite a slow start to his MLB career, Gomez has come on strong to become a five took player for the Milwaukee Brewers. During 2013 spring training, the Brewers rewarded him with a new three year contract securing that Carlos Gomez and wife Gerandy Gomez would be part of the Milwaukee family through the 2015 season.

Carlos Gomez’s wife Gerandy Gomez is a woman of much mystery. We do know that upon signing his $24,000,000 deal with the Brewers, Carlos told the Milwaukee Journal Sentinel that he would take Gerandy out to a good dinner, but that this deal wasn’t a sign of splurging to come.

I’ve got a little money, but like people say, ‘More money, more problems.” I hope it doesn’t bring me problems, because I’m looking for safety for my family, and I can give them safety – especially my son.”

Speaking of son, Carlos (who is affectionately known as Go-Go), and Gerandy do have one son together. Gomez proudly shows off his boy regularly on Twitter with various pictures like a lot of proud parents, including the similar outfits seen here. 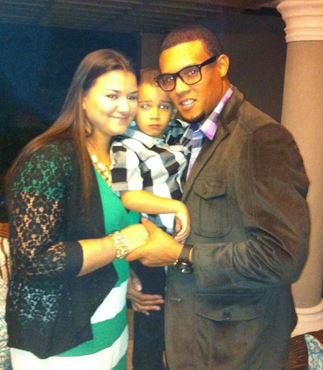