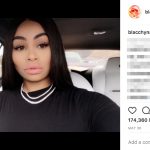 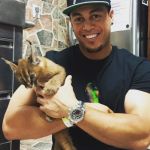 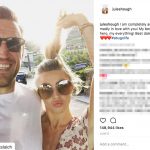 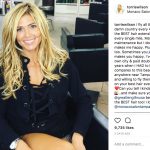 Giancarlo Stanton’s girlfriend is a hypothetical situation at present time. He talked about it a lot right after he signed his mega-contract in 2015 since the press wanted a story. He spoke at length about a girlfriend in an article by Ocean Drive. Basically, he’s not concerned about finding someone because he said she will come to him. I have no doubt he’s right. However, I’d like to make a few classy recommendations for him…

I want to recommend Torrie Wilson for Giancarlo Stanton’s girlfriend first and foremost. Yes, she is 14 years older than him, but she is an ideal match because she has experience with famous baseball players and because she is an amazing trainer. She wrestled in the WCW and later WWE for a long time. More than anything, I consider her just a really hot model. She appeared on all kinds big magazines like FHM and Playboy. Apparently she posed twice for Playboy. She’s just a really hot and physically fit woman who would be great to work out with and chill with. She can tell Giancarlo some fun stories about beating up wrestlers.

Okay, so this will be the last woman we recommend for Giancarlo Stanton’s girlfriend who also dated Alex Rodriguez. Unlike Torrie, however, Julianne reportedly held no interest in A-Rod. According to NJ.com, she only dated him to make her ex-boyfriend, Ryan Seacrest, jealous. I can’t believe she dated Ryan Seacrest because he seems like an easy act to follow, but what do I know? Julianne is a permanent judge on Dancing With The Stars. She also danced and won the competition several times.  And yes, she’s very much and very publicly in love with her hockey playing boyfriend Brooks Laich, but things can change.

She’s on the market!  Thanks to Rob Kardashian’s unprecedented social media meltdown, it’s abundantly apparent that she is a single woman.  Now, while we love Giancarlo, it’s not the most outlandish thing to say his steak could use a little sizzle.  Now I’m not saying that he needs to get dragged into the Kardashian world drama, but Giancarlo has mainstream talent, without the luxury of being a household name.  And Blac Chyna could by all mean help change that.  Look, it doesn’t even have to be a long relationship.  A quick romp could put his name into the zeitgeist.  Consider it, Giancarlo!! 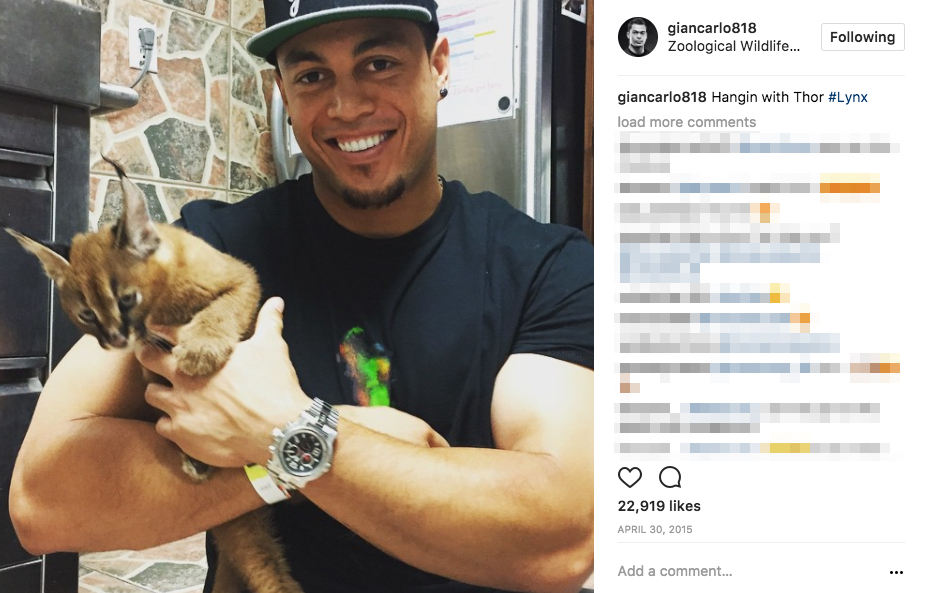