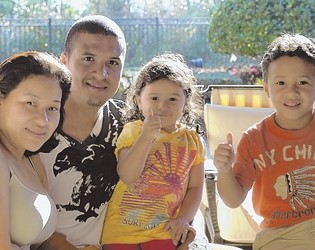 Victor Martinez’s wife Margaret Martinez is the picture of loyalty.

Victor began dating his future wife when he was 17 years old, while Margret was working near his home. Through the last 20 years, the two have stayed together, despite tours through Venezuelan baseball, international camps, the minors, Cleveland, Boston and now Detroit. The couple has two children, son Victor Jose and daughter, Maria Victoria.

Sox and Tiger fans alike will remember Victor Jose Jr., a regular presence around the team. Victor regularly brings his son into the clubhouse, allowing him to grow up in the game. Some kids are annoying to have around constantly. Not the case with Victor Jr. Equipped with a jersey, bat, glove and batting gloves that take up residency in his fathers locker, he’s lways around. Said former Tiger Brennan Boesch, “When he misses a day, you want to know where your little buddy is at. He’s just great.”

Both Victor and Margret are originally from Venzuela and still retain a home there in Ciudad Bolivar. In addition to the time spent in Boston, Cleveland and Detroit, the family also stays in Orlando in the offseason. 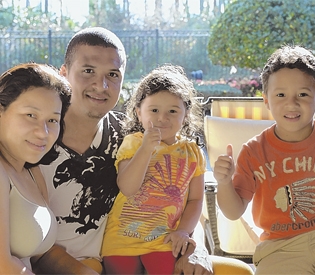